For those of you who live in North Carolina, the RiverRun Film Festival in Winston-Salem is one of the biggest film related events of the year. And since The Dispatch is based in Lexington, which is just down the road from Winston, it's also a chance for me to shine the spotlight on some films that may have otherwise gone overlooked in this part of the state.

I will once again be covering the feature for The Dispatch. And from the looks of it the lineup of films this year is quite impressive, including a few I have already seen, such as Jessica Hausner's Lourdes (my favorite film of the year so far), and Xavier Dolan's much touted debut feature, I Killed My Mother. Other high profile screenings will include I Am Love starring Tilda Swinton, Alex Gibney's Jack Abramoff doc, Casino Jack and the United States of Money, Werner Herzog's My Son, My Son, What Have Ye Done, Mao's Last Dancer, and OSS 117: Lost in Rio, the sequel to the hit French spy spoof, OSS 117: Cairo, Nest of Spies. Here are the films that will be playing in competition: 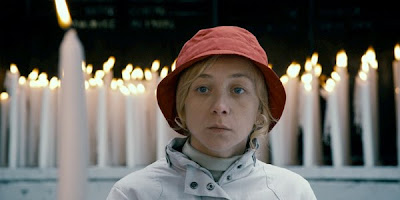 A scene from Jessica Hausner's Lourdes. 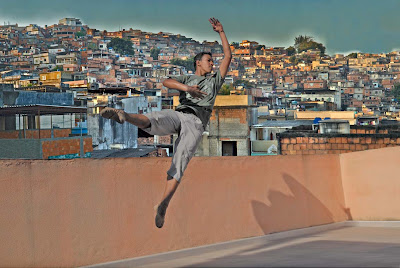 Irlan Silva in Only When I Dance.
DOCUMENTARY COMPETITION
Bassidji
Cooking History
General Orders No. 9
His & Hers
Jean-Michel Basquiat: The Radiant Child
Last Train Home
Only When I Dance
Osadné
Soap and Water
The Topp Twins: Untouchable Girls

For a complete list of films, click here. To purchase tickets, click here. Ticket prices are $8 unless otherwise noted for special presentations. The festival opens on April 15 with the gala premiere screening of Shari Springer Berman & Robert Pulcini's The Extra Man, and will close on April 25.
Email Post