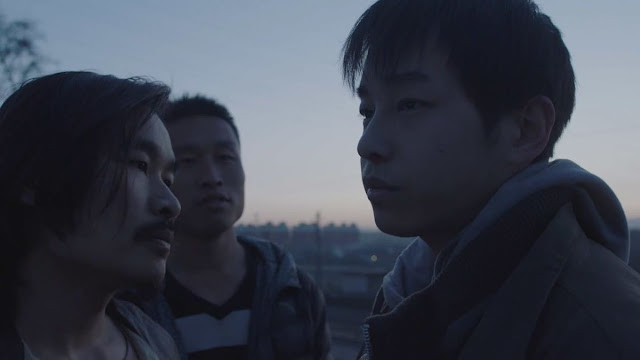 What to make of Hu Bo's mammoth debut (and final) feature film, An Elephant Sitting Still? Clocking in at nearly four hours long, Hu's film is a bold, frustrating, unwieldy, altogether brilliant work of art that feels like the work of a master filmmaker working at the peak of their craft. Instead, it's the work of a 29-year-old making his first film, a deeply personal and clearly quite painful artistic statement on the world he saw around him. The filmmaking process was reportedly fraught with difficulties, and Hu faced much pushback from the Chinese distributor about the film's marathon length. It was if the world was conspiring against his bringing his film to life. When the film was completed, Hu took his own life. 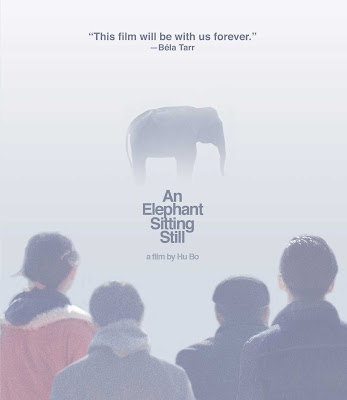 One does not want to romanticize Hu's suicide in any way, or turn An Elephant Sitting Still into some grand artistic statement of a tortured soul who flew to close to the sun. Such tropes glamorize suicide as something beautiful or desirable, a road to cinematic immortality. But it is difficult not to see the film through the lens of Hu's untimely death, because An Elephant Sitting Still is a film of deep sadness and regret. Even its imposing length is a comment on the crushing weight of existence, not unlike Scorsese's The Irishman, in which time itself seem to weighing down upon you. There's no point in pretending that this is an easy film to watch - you feel the gravity of every moment, and it is an enormous burden to bear. But perhaps most hauntingly at all, it ends on a dissonant chord of hope, the bleating of mythical elephant of the title, a figure of Mongolian legend that stoically takes any abuse hurled its way by the world around it.

One can't help but see Hu's image in that metaphor, surrounded by a world of pain, absorbing abuse from all sides. That that creature becomes a source of hope for the suffering is the aching heart of An Elephant Sitting Still, as its four protagonists seek the eponymous elephant as a kind of respite from their own troubled lives. These four loosely connected characters' lives intersect and drift apart, occasionally bumping up against each other like ships moored to a dock, but each goes their own way, seeking something they cannot quite define. There's Wei Bu (Peng Yuchang), a quiet loner who takes the blame when his friend is accused of stealing a cell phone from their school's most ruthless bully. There's Yu Cheng (Zhang Yu), a petty gangster whose affair with his best friend's wife results in the man's suicide. There's Huang Ling (Wang Yuwen), the object of Wei's affections, who is struggling with a secret affair with one of their teachers. And finally there's Wang Jin, an old man facing being put in a nursing home when his family decides to move to a smaller apartment in another town so their son can attend a better school.

Each character is facing personal adversity both self-made and beyond their control, ranging from abuse, infidelity, and economic instability. Elders are cast aside because the appearance of attending a good school is more important. The well-being of animals is ignored. Children are told they will amount to nothing, their personalities and futures defined by the economic circumstances of their surroundings. People are selfish, cruel, and unkind. Viewed through a certain lens, An Elephant Sitting Still is a deeply pessimistic, even nihilistic film, and knowing what we know about Hu now, it's a disquieting treatise on the way he viewed the world around him. Characters seemingly drift aimlessly through the frame, Hu's camera swirling around them, often placing them in the middle of the frame, their backs facing the camera, as if the audience is following them. Cinematographer Fan Chao employed mostly natural light, embracing darkness and shadow, existing in dimly lit spaces. Clouds hang over the gray skies, pressing down over the characters' heads; austere, melancholy, and oppressive.

This is clearly a film that came from a very dark place, but that's what makes it so revelatory. Few other films have captured the essence of depression so indelibly. It's a work of incredible anger and anguish, but it's also a tremulous and delicate thing, epic in length but intimate in scope, a film that constantly turns its focus inward as it reacts to the darkness of the world around it. Some may consider this insular, but Fan Chao's expressive camerawork turns the pain of the characters into outer expressions of sadness. It's as if the film was conjured from thin air, gorgeous, elemental, and tortured; Hu's consciousness made manifest and brought into being by sheer force of will. That final ray of light found in togetherness is what makes it all worth it - a note of hope that Hu never afforded himself. This light in the darkness in the form of an elephant trumpeting in the pitch black of the Mongolian desert is a moment so piercing that it almost seems like a cry from Hu himself - a warning, an admonition, or perhaps a word of comfort that it doesn't have to end the way it did for him. No matter how you interpret it, An Elephant Sitting Still stands as a monument to a tremendous unrealized talent taken from us too soon, who left behind an unforgettable meditation on what it means to cling to hope when the world around you seems utterly bleak.