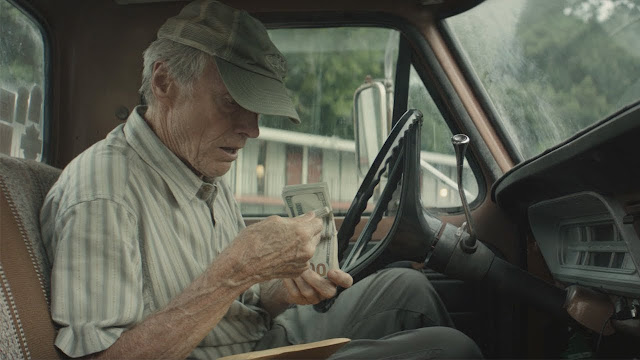 At nearly 90 years old, Clint Eastwood is still going strong as a filmmaker, having directed 10 films in the last decade alone. However, The Mule marks his first outing in front of the camera since 2012's Trouble with the Curve, and the result is perhaps the Hollywood legend's most vivid and energetic film in 20 years. Everything about The Mule feels like a rejuvenated, invigorated filmmaker, directing with an energy that belies his years. 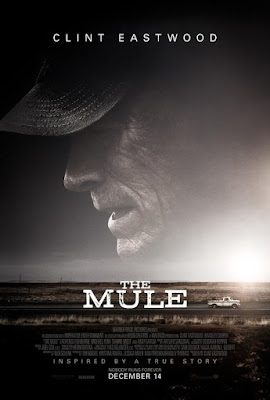 In fact, at 88 years old, Eastwood seems to be reflecting not only on his career, but on his entire life. If anything, The Mule  essentially a film about atonement and redemption, feels like a kind of apologia. It doesn't reach the lofty heights of 2008's Gran Torino, which found the filmmaker investigating and deconstructing his violent and often racist Dirty Harry persona, but there's a certain redemptive arc and sense of melancholy at work here that is hard to shake.

The Mule is also Eastwood's funniest film by a country mile. His character, Earl Stone, is something of a deadbeat father, a successful horticulturalist who spent more time with his flowers than with his family. He's also a bit of a racist - not in the virulent way of his character in Gran Torino  but in the casually ignorant way of so many people of a certain age who came up in a very different world. When his farm is suddenly foreclosed upon, he stumbles into drug running for a Mexican cartel to make some extra money, not quite realizing what he's doing until he's too far in to turn back.

Based on a true story, The Mule is an offbeat tragicomedy that features Eastwood running drugs in a truck while singing Frank Sinatra songs and letting whippersnapper drug dealers know that he's going to do it his way. Yet if you're expected Eastwood in his squinty, growly mode, you'll be sorely disappointed. Eastwood almost seems to be having fun here; he smiles, sings, and walks with as much of a skip in his step as it's possible for him to do. It's as if Eastwood, like Stone, has found a bit of late in life joy that has reawaken has passion for film. After the bland and joyless The 15:17 to Paris, The Mule is a marked improvement. Yet it fits right in with the themes of his late period work, from American Sniper to Sully, in which Eastwood investigates the lives of real Americans and their place in the American dream.

Whereas those films examined heroes - Chris Kyle, Sully Sullenburger, the soldiers who stopped a terror attack on a train to Paris, The Mule examines a different kind of hero, a WWII vet left behind by his country. For Earl Stone, the American dream failed him, as it did so many others. The farm that was supposed to sustain him until the end of his life is undercut by online retailers (the internet becoming his biggest nemesis throughout the film). Forced to turn to unconventional methods in order to survive (and to take care of the family he long neglected), Stone finds himself on the wrong end of the law. It's a kind of reverse take on Eastwood's 1993 film, A Perfect World, this time casting Eastwood as the outlaw finding redemption through his own illegal activities.

Yet this is as much an act of self-examination of anything. This is Eastwood grappling with his legacy as a masculine icon, wondering if he did right by his family while he was busy with other pursuits. A conservative libertarian by nature, Eastwood is often associated with Republican politics (thanks in part to his infamous conversation with an empty chair at the 2012 GOP convention), but although The Mule is very much a trip through America's struggling heartland, it's not a MAGA screed about the forgotten white man. This is something much more subtle and ultimately more tragic - it's about a country that no longer works for anyone; a place where tradition struggles to keep up with modernity, where race relations are lurching into an uncertain future (a clearly terrified Hispanic man informs police during a traffic stop that "statistically these are the 5 most dangerous minutes of my life"), and how our country so frequently fails on its promise of success - you can do everything right and still lose it all. Call it a deflation of the "bootstrap" myth. Hard work doesn't necessarily equal success.

Thematically, The Mule isn't far off from what Eastwood has been saying all along. He's made a career out of deconstructing American myth-making, and here he's not only subverting very idea of the American dream itself, but his own cinematic style. It's as if he's saying "don't count me out just yet." You can still teach an old dog new tricks, and in The Mule  Eastwood reminds us why he is still one of America's most vital filmmakers.