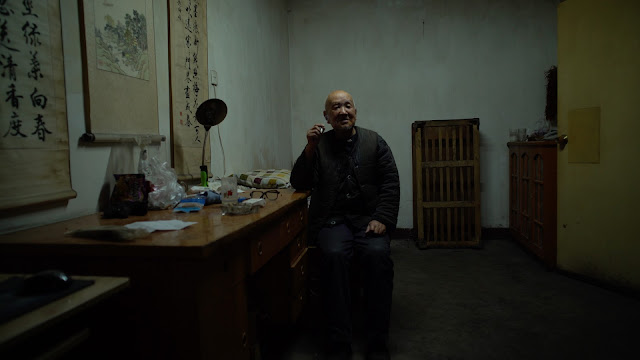 The nearly 9-hour running time of Wang Bing's monumental documentary, Dead Souls, may be daunting, and will likely scare away many audience members before they ever walk in the door; but there are few cinematic experiences in 2018 as powerful or as essential as Wang's devastating examination of the Chinese re-education camps that were the result of Chairman Mao Zedong's cultural revolution in the 1950s. 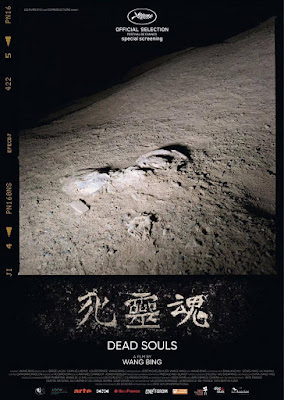 Through a series of mostly un-edited interviews with survivors shot between 2005 and 2017, Dead Souls paints a haunting portrait of cultural cleansing and Kafka-esque political oppression as the communist government sought to cleanse the nation of rightist thought. Of the thousands of suspected thought-criminals who entered the camps in the barren wastelands of the Gobi desert, only 500 survived to tell the tale. By allowing the survivors to tell their stories uncut, the camera bearing unblinking witness to unspeakable tragedy, giving the audience nowhere to hide or look away.

Some laugh to mitigate the discomfort, others cry in remembrance of their fallen loved one, still others rage in anger - why bring up still-raw wounds of the past? The one thing they all share in common is that none of them actually subscribed to right-wing ideology. All were faithful communists who dared to voice criticism of individuals within the party, or of procedures they found to be inefficient. When given the chance to speak out and criticize internal operations, those who took the opportunity were accused of being rightists and shipped off to the camps for re-education through hard labor.. Through systematic starvation, the Chinese government sought to stamp out any criticism by eliminating anyone it perceived as a threat. Any deviation from absolute, blind faith was considered a grievous betrayal of the state.

Wang shoots with a ragged, often improvised style. The subjects sit in the frame and recount their stories uninterrupted and in painstaking detail, giving powerful, first-hand accounts of human atrocity on an unimaginable scale. It is both a tribute to the strength of the survivors and a memorial to the dead whose souls still haunt China, bones littered across the wilderness as stark reminders of oppression and intolerance run amok. It is a bruising, taxing, marathon of a film - the interviews only interrupted by hushed visits to the remnants of the camps, or in one case, the heartrending funeral of one of the survivors - itself a howl of grief for the sacrifice of that generation. Each testimony is riveting in its own right - especially in the film's final third in which Wang introduces us to the wife of one of the camp's victims, a cadre who collaborated with the government to help run one of the camps, and an angry former inmate who has no desire to give that part of his life any more space in his own mind.

It is clear from these three diverse interviews that the pain and loss of the anti-rightist campaign continues to reverberate throughout Chinese culture, a kind of lost generation still not allowed to speak. And yet through the power and righteous conviction of Dead Souls  they have finally found their voice. This is a towering work, recalling Claude Lanzmann's Shoah in its expansive dedication to documenting such large-scale human tragedy. Wang channels the voices of both the living and the dead into a stinging indictment of political oppression and human cruelty, crafting a trenchant and often painful portrait of a largely forgotten atrocity. Even at 9 hours long, we feel as though we have only scratched the surface, and Wang leaves us with the chilling impression that the darkest secrets remain buried under the sands of the Gobi. Dead Souls is not a film for the faint of heart, but no other film this year felt more vital, immediate, or audacious, earning every minute of its gargantuan runtime with gripping, deeply compassionate efficiency.