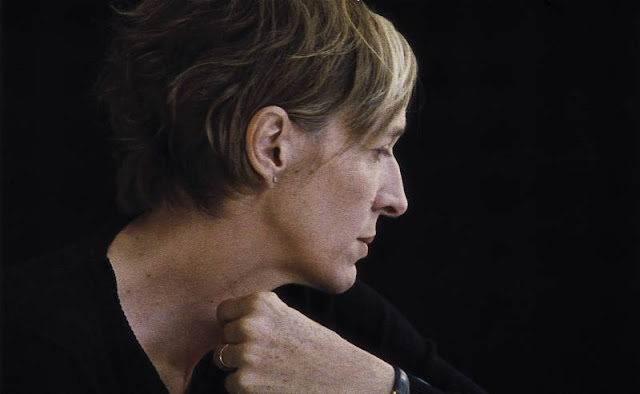 From Beau Travail (2000) to Let the Sunshine In (2018), Claire Denis has consistently displayed a fascination with the human body and the ways it can move through dance. Anyone who has experienced Beau Travail can attest to the power of Denis' fascination with dance. In her 2005 documentary, Towards Mathilde, Denis turns that fascination into a feature-length celebration of the human body in a mesmerizing portrait of choreographer, Mathilde Monnier, head of the Montpilier National Centre for Choreography in France. 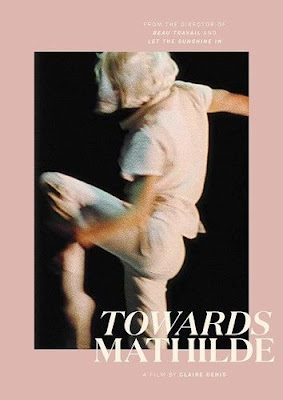 Denis sits down with Monnier for an interview early on in the film, but it soon becomes clear that this will not be the ideal format through which to tell her story. The film quickly transitions into a kind of verité, fly-on-the-wall style doc in the tradition of Frederick Wiseman, content to step back and observe Monnier's process in all its seemingly mundane detail. Yet where Wiseman is more intrigued by process, Denis is enthralled by bodies and movement. Her camera lingers on the bodies of the dancers as they writhe and contort in tentative movement, exploring the choreography before fully embracing it.

Captured on 8mm and 16 mm film by cinematographers Agnès Godard and Hélène Louvart, Towards Mathilde takes on a kind of languid sensuality, like hazy memories and impressions being filtered through time. This allows Denis to not only explore the process and theory of Monnier's art, but its practical applications through the human body. Denis so beautifully investigates physicality and movement by simply observing and allowing the dancers to tell the story. It's a visceral, often mesmerizing experience that showcases Denis' talents as a visual filmmaker fully in command of her art.


Africa has always been near and dear to the filmmakers heart, and she has explored French colonialism's effects on the continent in multiple films. But here it feels more personal, more raw. Through interviews with refugees, camp employees, and local officials, Denis investigates the situation from multiple points of view, leaving one with the distinct impression that life in the camps isn't quite a good as officials would have us believe. Residents are grateful that Chad has offered them a temporary home, but the camp, once populated by tents, is now dotted by permanent structures as the situation in Darfur has deteriorated rather than improved while western powers continue to turn a blind eye.

Denis manages to find happiness and sorrow within the camp, but a clear dichotomy between the official story and the reality within the camps. People are still suffering, even if the situation is better than the one the refugees face at home. The Breidjing Camp allows Denis to put a human face on the suffering in Darfur, in the process discovering that the situation on the ground is not as black and white as it may seem on the surface. It is a testament not only to human resilience, but to the deafening indifference of a world that still refuses to see the humanitarian crises taking place in Chad.

Together, the two films offer a different perspective on Denis as a filmmaker, one who not only explores the human condition through fiction but also in stark reality. There are few filmmakers working today with such a keen sense of perception, and Towards Mathilde is a lyrical inquiry into human beauty just as The Breidjing Camp examines its ugliness. Taken together, they're an unforgettable portrait of a filmmaker of extraordinarily profound empathy and humanity.


TOWARDS MATHILDE | Directed by Claire Denis | Not Rated | In French w/English subtitles | Now available on DVD from Grasshopper Film.