In celebration of the film's 20th anniversary (wow I feel old), Universal Pictures is bringing Steven Spielberg's modern classic, Jurassic Park, back to the big screen in 3D. 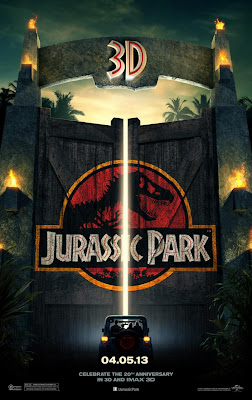 I'm actually pretty OK with all the 3D re-releasing going on. I'm not a huge fan of 3D, but re-releasing used to be a big thing before the advent of home video, and it plays well to the nostalgia of fans who want to see their favorite movies in a theater again, or for new fans who have never had the chance to experience it. You can check out the new trailer below.