Blu-ray Review | "In the Mood for Love" 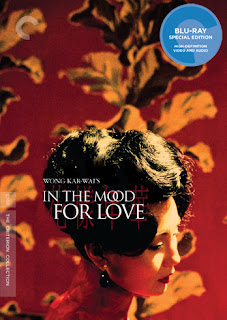 There were few films in the 2000s that proved to be as widely loved, as widely influential, or as widely imitated as Wong Kar Wai's intoxicating In the Mood for Love.

Set in Hong Kong in 1962, In the Mood for Love is a rapturously romantic ode to unrequited love and unspoken longing that follows two new neighbors,Chow Mo-wan (Tony Leung) and Su Li-zhen (Maggie Cheung), who meet as their moving crews simultaneously take over the same small apartment complex. Their spouses both have jobs that take them frequently overseas, and so the two often find themselves home alone. They begin meeting in the hallways, at first taking little notice of each other but soon finding kinship in their loneliness. Soon they discover a dark truth, that their spouses are actually having an affair with each other. This realization deepens their friendship and soon the two become all but inseparable, and it becomes clear that their friendship is really much deeper than it appears on the outside. But their moral fiber and determination not to become like their adulterous spouses keeps them from taking their relationship further, leaving it to be spoken merely in shared feelings, glances, in an achingly beautiful dance of glances and unspoken desire.

In the Mood for Love exists in a kind of dream state, an alternate reality where these two unrequited lovers exist apart from the real world. Lusciously photographed by Christoper Doyle and Mark Ping Lee-Bin, the film could make a legitimate claim to being one of the most gorgeous movies ever made, whose vibrant colors make it a kind of spiritual ancestor to the films of the Archers like The Red Shoes and Black Narcissus. The meetings in the hallway, shot in slow motion and always scored by the same haunting waltz by Shigeru Umebayashi, represent the film's wordless heart, the words left unspoken, always felt but never shared. This emotional tête-à-tête is the film's most blatant visual representation of its central theme, but so much lies beneath the surface. Like its hesitant lovers, and despite its lush visual aesthetic, In the Mood for Love plays it close to the vest, keeping its emotions below the surface. As such the film is a rich feast, at once hopelessly romantic and painfully tragic. 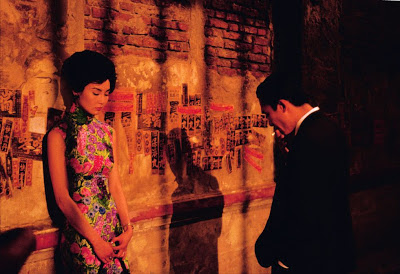 The look and feel of In the Mood for Love would go on to be imitated and copied throughout the ensuing decade, but never with quite the same verve with which it was employed by Wong. The blu-ray upgrade by the Criterion Collection is appropriately breathtaking and is the best possible presentation of Doyle and Ping's excellent (an inexplicably not Oscar nominated) work. It is interesting to see how the film has grown in critical estimation over the past 11. While Amelie was perhaps the most celebrated foreign language film of 2001, In the Mood for Love is now considered one of the best films of the decade. And while Amelie is certainly charming, there is just something about the emotional resonance of In the Mood for Love that has endured. It is a movie of feelings, of words left unsaid, a film that is vibrantly alive, a sensual experience like no other. It is one of the quintessential films of the 2000s, whose stature will only continue to grow as it is revisited again and again. And now thanks to Criterion, it has never looked better.