Win a Copy of "The Phantom Carriage"

The Criterion Collection will be releasing Victor Sjöström's The Phantom Carriage (1921) on DVD and Blu-ray on Tuesday September 27th. The Blu-ray disc has s suggested retail price of $39.95, but one lucky reader of From the Front Row will be getting it for free. 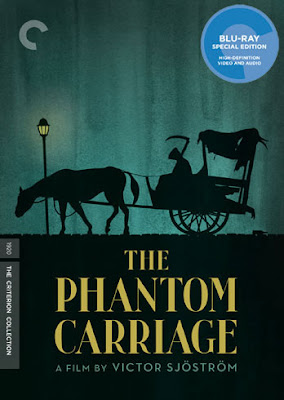 All you have to do is head on over to my Twitter page and retweet this message by September 27th, and you will be automatically entered to win. That's all you have to do.

The contest is open to residents of the United States 18+. This is a great opportunity for film fans, so head on over to Twitter and enter the contest today.
Email Post