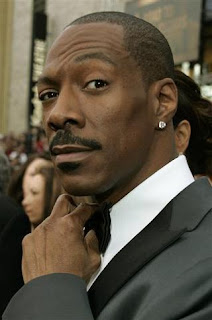 Fenke is quick to point out that this is far from a done deal, as this is just the initial pitch, but it is indicative of the approach Ratner wants to take with this year's show - edgy, irreverent, and of course, aimed at a younger audience.

I'm still holding out hope that they'll strike while the iron's hot and get Betty White to host before it's too late. But when has the Academy ever struck while the iron's hot? They're always a few years behind the curve. I'd also like to see Steve Martin or Billy Crystal return, but I doubt Ratner will go for such a traditional choice.

I wish AMPAS would quit trying to appeal to younger demographics (especially after last year's debacle) and just go with what works. And let's not forget how Murphy showed his ass the last time he attended the Oscars, making a quick exit after losing Best Supporting Actor for Dreamgirls to Little Miss Sunshine's Alan Arkin.