Thoughts on the Oscar Nominations

I just want to get this off my chest straight away: I am ECSTATIC that The Dark Knight was not nominated.

Don't get me wrong, it's a wonderful film. But as I said before, I felt that the discussions of why it should be nominated too often focused on its box office haul and popularity. Now I think we can focus on the most meritorious nominees rather than the most popular. 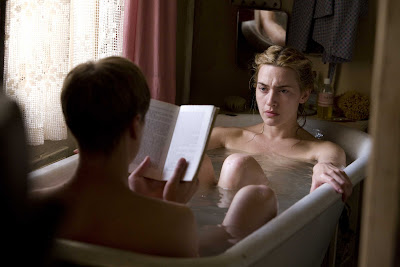 Let's get the disappointments out of the way first. I am saddened not to see Clint Eastwood's name among the Best Actor nominees. Brad Pitt was fine but...really?

The snub of Bruce Springsteen's Golden Globe winning song from The Wrestler recalls Eddie Vedder's Into the Wild snub last year. Why are there only three nominees? There were quite a few good songs this year.

Also, the absence of Waltz with Bashir from the Best Animated Feature category, replaced instead by Bolt, is just mind boggling. At least they nominated it for Best Foreign Language Film, where it will hopefully triumph.

I'm not surprised at all that Synecdoche, New York got snubbed for Best Original Screenplay. It was always a tough sell, but I'm a little disappointed they didn't at least throw it a bone.

But onto better things. I was thrilled to see Michael Shannon's name among the nominees, as I think it's the finest male supporting turn of the year, second only to Heath Ledger. I'm also glad to see some screenplay love for In Bruges.

Of all the films that really had a shot at knocking out one of the big 5, I'm glad it was The Reader and I'm glad it was The Dark Knight that got knocked out. I would have been ECSTATIC if Gran Torino (it's my baby this year...fuck you haters) had made it in, but honestly now that the nominations are out, I'm a little more jazzed about them.

Anonymous said…
I completely agree with your happiness over THE DARK KNIGHT not getting a nomination, but I am ecstatic that THE READER got in, since it was one of my five favorite films of the year. Of course, even though it wasn't expected, WALL-E's omission from the Best Picture shortlist is still a crushing blow.

Sally Hawkins was robbed in my opinion. FROST/NIXON was a fairly good film, but didn't deserve the Best picture nod.

I am less enamored of Clint Eastwood's performance (as you are Matt) but I fully respect your passion for this film. Perhaps Di caprio could have replaced Pitt, but I'm torn on that.

The Richard Jenkins nomination was a thing of beauty!
5:35 PM

Daniel said…
The most unexplainable thing to me is the Best Song category. How can they even do that? Can only four actors be nominated for a category? It seems a little weird. I'm sure this isn't the first time, but if they really thought there was a lack of songs this year, they just weren't listening.
12:22 PM