I'll just come right out and say it. I DO NOT want The Dark Knight to be nominated for Best Picture.

It is an excellent film, maybe even a great one, but to be honest, I'm sick of its fans. 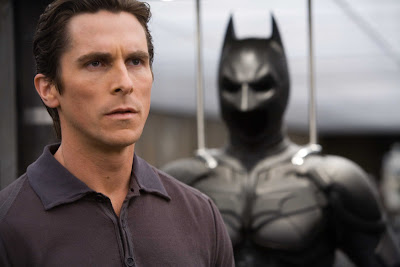 Nearly every argument I read advocating for its (all but inevitable) Best Picture nomination trumpets its monumental box office over everything else.

"It will make the Oscars relevant again! The Oscars must reflect the tastes of the people!" they always shout. Blah blah blah...

By that reasoning, the 5 Best Picture nominees this year should be The Dark Knight, Indiana Jones and the Kingdom of the Crystal Skull, Kung Fu Panda, Hancock, and Iron Man.

Sorry but that's not working for me. Just because there is a fine film out there with mass popular appeal does not put it over transcendent works of art like Silent Light or Synecdoche, New York. Hell, if you want a populist film why not advocate for WALL-E, easily the most masterful blockbuster of the year?

It's also ironic that many keep pointing out how it ranks second on the list of critics top ten mentions...while WALL-E ranked first. Yet where's the vocal WALL-E contingent?

It just really annoys me that people keep trumpeting the film's box office tally as if it means something. WHO GIVES A FUCK IF IT MADE MONEY?? That should have NOTHING to do with Oscar nominations. Quit complaining that they're picking low grossing nominees. The problem is with the people, not the Academy.

If you think The Dark Knight deserves to be nominated, fine. But let's leave the box office out of it. The Academy is here to select the best films, not the most popular.
Email Post