Awards Daily has posted an unconfirmed report that Paul Newman has died. Details are still sketchy and still unofficial, but if this is true it is a great loss to the film community. 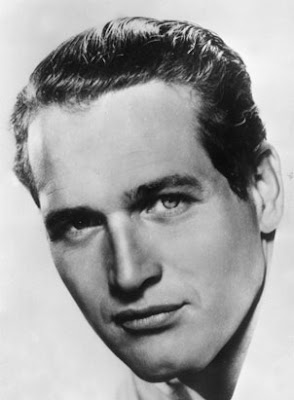 We'll be standing by for more details as they become available.

UPDATE: The reports have been confirmed. After a long battle with cancer, screen legend Paul Newman has died. He was 83.

Newman was the star of such varied films as Hud, The Hustler, The Color of Money, and Cool Hand Luke. He remained active in film until recently, earning a Supporting Actor Oscar nomination for his role in Sam Mendes' Road to Perdition, and lended his voice to Pixar's Cars just two years ago.

As much as I liked Cars, for me, his bittersweet portrayal of a patriarchal mob boss in Road to Perdition will always be his swansong, and his haunting piano duet with Tom Hanks one of his most powerful screen moments. Perdition was the film that introduced me to Newman (which I saw on its opening day - my 16th birthday), and not too long after I saw Cool Hand Luke for the first time in my high school film critique class. For anyone who has ever seen him and been mesmerized by his iconic blue eyes, they know that without him cinema has been left with a gaping hole. He was a true legend, a man of great integrity and immense talent, and he will be missed.

Anonymous said…
This is the very first news I heard of it! How terribly terribly sad!
8:39 AM

Anonymous said…
I am very saddened by this, even if it was expected, a huge blow, where it hurts most. I will miss him, but I will cherish his films forever, most of which I love, even if picking favourites is hard. Sigh.
6:18 PM

Coleman's Corner in Cinema... said…
Yes, it's a painful loss.

Thank you, Matthew, for relating your story of discovering Paul Newman.
3:08 PM