It's official, this past weekend was the lowest grossing weekend at the box office in the five years. 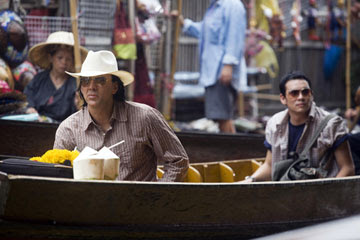 With only one new wide release, Bangkok Dangerous, which only grossed an estimated $7.8 million, Hollywood was feeling the crunch.

Then again, it was Bangkok Dangerous...was anyone really surprised?

The last #1 film to perform so poorly was Dickie Roberts: Former Child Star, which grossed $6.7 million in its first weekend back in 2003.
Email Post