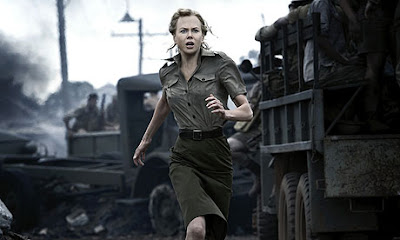 The studio has picked up "The Eighth Wonder," an action-adventure pitch from Kinberg, with Kidman attached to star and produce. Laurence Mark also is producing.

Details of the plot are being kept under wraps, but the story centers on an archeological discovery that sets off a globe-spanning race. The goal is to create a movie that will be to "Raiders of the Lost Ark" what the "Bourne" movies are to James Bond movies: a character-driven, treasure-hunting thriller.

Why does this sound like a bad idea to me? I love Nicole Kidman, but this just has too much of a Tomb Raider vibe to me.
Email Post

Anil Usumezbas said…
I think it sounds interesting. But you are right, feels like Tomb Raider, just the idea itself.
2:20 AM

Anonymous said…
And the Bourne movies are character driven? In what alternate universe would that be?
8:31 AM