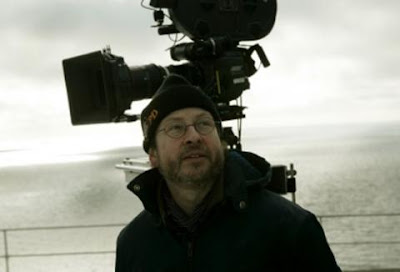 Coming from Denmark, the Dogma movement has changed they way we look at film: "In 1995, a group of Danish filmmakers rocked the film world, establishing a revolutionary set of rules for filmmaking, and invading film festivals and cinema screens with a distinctive, rough and not always comfortable look. Thus Dogma was born... without doubt it has exerted a strong influence on filmmaking and has set an astonishing example for filmmakers all over the world, demonstrating that it is possible to make successful films on a low budget, in a small film nation, and without a tripod." (Projections 15, Faber&Faber)

In recognition of a unique impulse to the world of film and honouring their dedication to European filmmaking, the European Film Academy will present Søren Kragh-Jacobsen, Kristian Levring, Lars von Trier, and Thomas Vinterberg with the award EUROPEAN ACHIEVEMENT IN WORLD CINEMA 2008.

All laureates will be among the guests at the 21st European Film Awards Ceremony on 6 December 2008 in Copenhagen.

Lars von Trier is one of my favorite filmmakers, and has directed two of the best films of the decade so far (Dancer in the Dark and Dogville), so any honor or recognition is cause for celebration here at From the Front Row. Congratulations to Mr. Von Trier and all of the founders of the Dogme 95 movement, as well as to Dame Judi Dench, who will also be receiving a lifetime achievement award from the European film Academy.
Email Post

Anil Usumezbas said…
I simply adore Dogville and I feel like I will fall in love with Dancer in the Dark eventually when I get to watch it. But dogma95 is a movement that signifies pure bigotry and narrow-mindedness to me (much like its name suggests) rather than a revolution to be celebrated. It has no ideological basis nor an important statement. The aim, as defined by its founders, is merely to form a new extreme and in this I see nothing to be impressed about. It is a top-down set of rules and relies mainly on a checklist that is arbitrarily created by a bunch of people. It has no natural evolution nor is it a result of an important change in the artistic, social or political climate, therefore it was probably the shortest-lived movements in the history of film.

If I were to list 10 methods here that bans a couple of expressional methods in movies, I would have my own movement. They must have realized either their insignificance or mere stupidity that they broke their own rules even from the first film.
3:01 AM

Anonymous said…
Wow, Matthew, I don't think we could have possibly agreed more than we do with Von Trier. DOGVILLE was my #1 film of 2004 (ETERNAL SUNSHINE was #2) and DANCER IN THE DARK edged out CROUCHING TIGER for #1 of 2000. This means that they are for me among the best films of the decade, much as you said. I also love BREAKING THE WAVES, MANDERLAY and EUROPA (which has just been announced as a December Criterion DVD release.)
Interesting take on Dogma95 Anil, but I can't agree.
1:59 PM

Matthew Lucas said…
Anil, I don't find the Dogme 95 movement to be bigoted or narrow-minded at all, rather a reaction to what the founders saw as an increasingly artificial aesthetic in film. It is very constrictive of course, which is why it didn't last long, but I don't think it was ever meant to. Film movements don't have to make a statement to important or influential - see the Dadaists and the Surrealists for prime examples.

Sam, DOGVILLE was also my #1 film of 2004, and ETERNAL SUNSHINE was my #2, so we're definitely on the same page. However in 2000 our #1 and #2 picks were reversed, with CROUCHING TIGER coming in first and DANCER IN THE DARK coming in second.

I have not yet seen BREAKING THE WAVES (which I've been on the lookout for for a while now) or EUROPA, but I definitely think that MANDERLAY is underappreciated, even if the novelty of its ultra-minimalism wore off a bit after DOGVILLE.
3:22 PM

Anil Usumezbas said…
Sam, I can respect that but you should realize none of the films you have named are a part of the dogma95, not even by the loose definition of the term. As I said before, they started breaking their own rules from the very beginning, little by little, and by the time we reached 21st century, their films had lost all of their dogma character.

As an example, I love Dogville exactly because it facilitates a unique visual and narrative expressional method by breaking the very first rule of Dogma95. So do not equate the films you have mentioned to the movement itself.

Matthew, I am not saying dogma does not mean anything at all; on a close analysis you can read that as a rebellion against Hollywood's domination of the film medium with artificial techniques. So I agree that they have defined a very significant problem, but I am simply not satisfied with the solution they came up with. I read their 'restrictions' as their tendency to declare such things as completely worthless, which nags me. Needless to say, Hollywood and that artificial feel they had been criticizing has great examples (one of which is Dogville itself) along with the terrible ones, some of which are actually closer to the European understanding of film than that of Hollywood itself.

What's worse is, their pretentious attitude turns this meaningful rebellion into a craving for attention/artistic grandeur, which, as we can see from your post, has been finally responded with an award.

That's all I am saying; otherwise I agree with all your assessments regarding Trier's films at hand. He excites me as a director, to say the least.
5:02 PM

Matthew Lucas said…
I think that Dogme was probably more of a knee jerk reaction to Hollywood, and even the Dogme founders deviated from it as evidenced by Von Trier's more recent output (DOGVILLE, as you point out Anil, is completely artificial but also completely anti-Hollywood). They went to the other extreme to make a point, but weren't so dogmatic about it that they stuck with it. It's an interesting experiment that yielded some interesting films, like THE CONVERSATION and THE IDIOTS, but ultimately not as successful as they originally intended.
8:10 PM