I read this article in Variety last night, but was too tired to try to put together any kind of coherent thoughts about it.
According to the article:

On April 12, the Federal Trade Commission encouraged studios and the MPAA to consider whether these discs undermined its rating system, calling the "prevalence of marketing unrated DVDs containing content that might warrant an NC-17 rating" a particular cause for concern.

This report came one month after National Assn. of Theater Owners topper John Fithian used his ShoWest keynote speech to urge studios to stop releasing unrated versions of their movies on disc; he termed unrated discs a cheap shot at the ratings system.

Now, I'm not a big fan of unrated versions of previously rated movies being released on DVD. I think it's a silly marketing ploy. And the new footage usually adds nothing to the film, and in some cases (such as Anchorman), the new footage is so bad it actually detracts from the original picture. Lets face it, Lord of the Rings aside, most extended cuts are pretty pointless. Most deleted scenes were deleted for a reason, and should remain that way.

However, for the FTC to be breathing down the necks of studios over this is just ludicrous. It amounts to nothing more than a case of attempted government censorship. I have a bad feeling that this is going to become an election year issue. This is the kind of frivolous non-issue that politicians on the right AND the left tend to jump own to fill their "family values" quota.
The bottom line is, unrated discs sell better. I don't usually buy them. When I go buy a movie, I want to see the version I saw in theaters. But the promise of added sex and violence tends to appeal to people, even if the movie is not that much more explicit, which is usually the case. Studios add in another five or six minutes into the film, don't send it to the ratings board, and voila, instant unrated version, complete with totally unwarranted raunchy mystique. 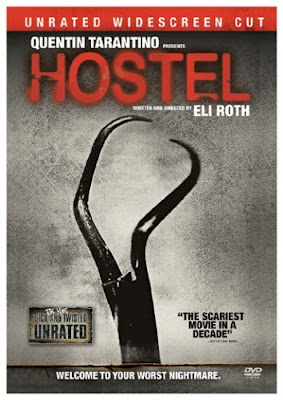 Apparently, the example cited by the FTC is the unrated version of Hostel, which proclaimed that it was more "sick and twisted" on the cover art. Yeah, so? It's just another silly marketing trick. I saw the unrated version of Hostel and was thoroughly unimpressed. Would it have warranted an NC-17? Doubtful. I've seen R-rated films that were worse.

As for them being a "cheap shot at the ratings system," well...the ratings system is pretty much a joke anyway. And it's not like the MPAA has any real authority, or for that matter any real credibility in this department. The ratings system would probably be better off if it were abolished altogether - as it has just become another arm of the studio marketing machines.

I like what Matt Lesora, New Line Home Video exec VP of marketing, had to say about the situation: "It's up to people to police on their own. When you bring a DVD home, that's where the moderating begins."

Amen. The FTC has no business here.