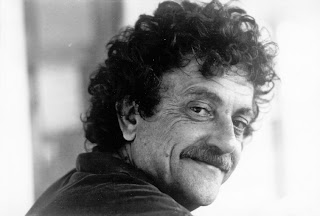 Kurt Vonnegut Jr., writer of dark comic novels including "Slaughterhouse-Five," died Tuesday in Manhattan. He was 84. Vonnegut suffered brain injuries as a result of a fall several weeks ago.

His novels became classics, particularly among young readers in the 1960s and '70s.

His 14 novels included races he invented, impossible sci-fi phenomena and outlandish religions. While several were adapted for films, his vivid imagination sometimes proved difficult to translate to the screen, with George Roy Hill's "Slaughterhouse-Five" one of the more successful attempts. Other adaptations, such as Alan Rudolph's "Breakfast for Champions" and "Slapstick (of Another Kind)" were less successful.

Vonnegut was a prisoner of war in Dresden, Germany when he witnessed the firebombing by Allied forces, a brutal event which left a lasting influence on his work. "Slaughterhouse-Five," published in 1969 during the Vietnam war, was based on his WWII experiences.

His novels combined fiction and autobiography in a freewheeling style which took liberties with structure and punctuation, yet Graham Greene called him "one of the most able of living American writers."

I wasn't going to post this because it doesn't directly involve film, but actually it does. It involves the entire art world. Vonnegut was one of the greats, and his work has been an inspiration to artists everywhere, in the film world and beyond.

I want to share with you this Vonnegut quote, sent out by composer Clint Mansell (The Fountain) via a bulletin he posted on MySpace:

"When the last living thing
has died on account of us,
how poetical it would be
if Earth could say,
in a voice floating up
perhaps
from the floor
of the Grand Canyon,
"It is done."
People did not like it here."