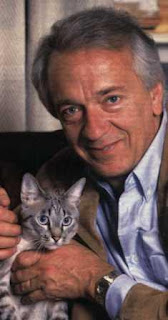 PARIS -- French actor Jean-Pierre Cassel died Thursday in Paris after a long illness. He was 74.

"I honor the memory of a man who, with a subtle and ironic sophistication, left a unique imprint on the history of cinema, theater and television," Veronique Cayla, head of French national film body the CNC, said in a statement Friday.

Cassel got his break when he was discovered by Gene Kelly, who cast him in "The Happy Road" in 1957, and subsequently rose to fame starring in film comedies in the 1960s.He went on to work with such major directors as Robert Altman, Luis Bunuel, Jean Renoir, Sidney Lumet, Claude Chabrol and Richard Attenborough.

The actor starred in more than 110 movies during his career and earned the onscreen affections of Brigitte Bardot, Catherine Deneuve, Stephane Audran and Marie Dubois among others. Cassel, who once cited Fred Astaire as a source of inspiration, was famous for his role as the ungainly King Louis XIII in Richard Lester's pair of early 1970s films "The Three Musketeers" and "The Four Musketeers."

His latest roles include Julian Schnabel's "The Diving Bell and the Butterfly," In Competition at May's Festival de Cannes, in addition to the soon-to-be-released animated movie "Asterix at the Olympic Games." Cassel is survived by his three children, including son Vincent, who also has made a big name for himself stateside with roles in the recent "Ocean's Twelve" and "Derailed."