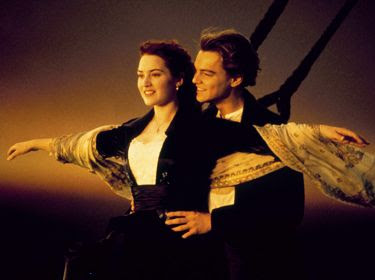 Leonardo DiCaprio and Kate Winslet are teaming for the first time since "Titanic" to star in DreamWorks' "Revolutionary Road."

Sam Mendes will direct the pic, based on the acclaimed 1961 novel by Richard Yates about post-war disillusionment.

John N. Hart, Scott Rudin, Bobby Cohen and Mendes, who's married to Winslet, will produce in association with BBC Films.

Yates' heart-rending and bleak tome, celebrated for its storytelling style, follows a seemingly happy suburban couple with two children in the mid-1950s who find themselves caught between their true desires and the pressure to conform -- with explosive consequences.

I hope this is able to get past the "oh it's the Titanic reunion" vibe that it has right now. Sam Mendes directed the excellent American Beauty (one of my favorite films), and is also married to Winslet. Hopefully together they will conjure up something special.
Email Post