According to the article in Variety:

Discussion also centered on changes to the ratings system, unveiled earlier this year, most notably those altering the appellate process along with a more concerted effort to gain wider acceptance for the NC-17 rating.

The MPAA has institutionalized several changes to ensure that people aren't turned off by NC-17 -- especially filmmakers who receive it. So the most significant change is marketing-driven: Org will be trying to dispel any notion that the rating constitutes something negative.

As for appeals, MPAA legal eagle Greg Goeckner said that the ratings board is making changes to its process, including cracking down on frivolous appeals brought by companies largely as a way to get free publicity.

Smaller indie companies in particular have at times used the appeals process as a way of bringing attention to a racy film, crying censorship on pics that are obviously NC-17 fare.

The problem with the NC-17 is that many people equate it, like the defunct X rating, with pornography.

Which isn't true. It is true, however, that most NC-17 rated films are so rated because of their explicit sexual content, but the rating could also be applied to extreme violence, the kind found in films such as Saw III, which featured some of the most gruesome scenes I have ever seen in a mainstream movie. 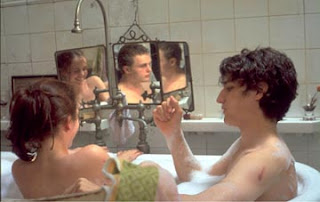 There have been very few NC-17 rated films in recent years. One of the most notable was Bernardo Bertolucci's The Dreamers (pictured above) back in 2003, which was the first film to recieve an NC-17 in 7 years. It was a good film, but not on the level of Bertolucci's masterpiece, Last Tango in Paris (pictured below), which remains one of the most controversial (and I would argue, one of the greatest) films of all time. 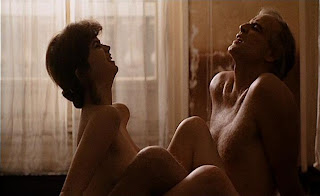 Last Tango was rated X when it was first released back in 1972, but now carries the NC-17 rating. And being the classic that it is, it's probably one of the few that is actually known outside of art-houses. Noted film critic Pauline Kael even declared that it "altered the face of an art form." Where are the filmmakers brave enough to do that now?
Many theater chains refuse to show NC-17 rated films, and Blockbuster refuses to rent them (it rents out The Dreamers in its tamer, R rated form). And in fact, most films that are going to be rated NC-17 are released unrated. 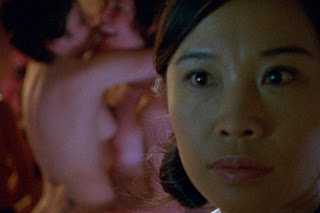 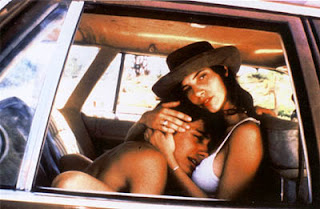 Other art-house hits such as Alfonso Cuarón's highly acclaimed Mexican drama Y Tu Mamá También (pictured above) were released unrated despite their NC-17 level sexuality, and were probably more profitable as a result. Y Tu Mamá made $13,839,658 in the United States alone according to Box Office Mojo, while popular Spanish filmmaker Pedro Almodóvar's Bad Education only made $5,211,842 with an NC-17 rating.

There may not be a correlation at all, but both were Spanish language films, both were made by popular foreign directors, but the box office gap makes you wonder. Almodóvar's previous film, Talk to Her made $9,285,469 at the domestic box office, while his next film, Volver, has made $12,516,745 to date.

Could the NC-17 have been a factor? Most likely. But the stigma should be erased. It will indeed take a brave studio to release the first mainstream NC-17, and it will take some convincing for the studios, but I would like to see it turned into a viable rating, instead of being ghettoized and shunned by the mainstream community.

We need a hit NC-17 film. Who will step up to the plate and be the first?
Email Post