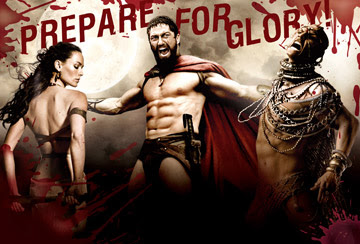 Warner Bros.' "300" is being greeted in Iran with about as much warmth as a U.N. weapons inspector.

While U.S. auds see the film as a comicbook come to life -- replete with hyperstylized action and broadly drawn heroes and villains -- it has a deeper resonance in the Mideast, where it's seen as a distorted view of very real events.

Apparently, American conservatives aren't the only ones that think Hollywood is out to get them.

300 may be pretty to look at and fun to watch, but there is nothing deeper going on there. It's pure spectacle, that's it. People of all political stripes may try to apply ideologies to it, you can even apply cultural theories to it. But the film itself will never mean anything more than what you see on the surface. It's all flash and no substance, even if the flash is very well done.
Email Post