On the Eve of Oscar Nominations 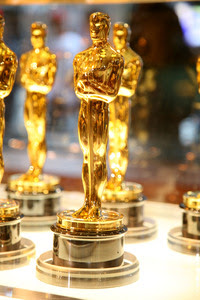 With the Oscar nominations being announced in the morning, I wanted to do one last column about the state of the race.
The generally touted "Big Five," Babel, The Departed, Dreamgirls, Little Miss Sunshine, and The Queen are being proclaimed invincible. But I wouldn't be so sure. First off, LMS, while charming, funny, and exceptionally well made - it has no place among the top five films of the year. Period.
While my pick to replace it would be Children of Men (the most jaw-dropping, affecting, groundbreaking, and in my opinion, the best film of the year), I know it's a long-shot. It opened too late and it's campaign never fired into high gear - and its bleak apocalyptic vision didn't exactly have them turning up in droves.
And while Notes on a Scandal is probably my favorite film of the year, it's chances outside of the acting and writing races are pretty much zero.
So I want to make the case for Guillermo Del Toro's haunting gothic fantasy, Pan's Labyrinth. 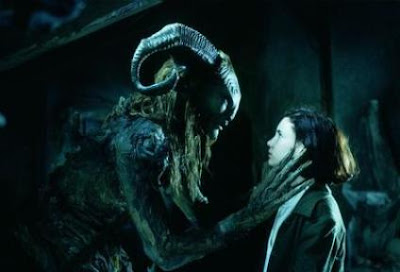 Pan's Labyrinth is the kind of film that deserves to be recognized. It's the kind of film I think can be easily embraced. In fact if it were given a bigger marketing push I think that Picturehouse would have a huge crossover mainstream hit on their hands. Pan's is the most imaginative film of the year, and Del Toro should be recognized in the Best Director category as well...instead of Bill Condon, perhaps?
And for some reason, I feel that if enough of the Academy has seen Pan's, that they will fall all over themselves for it. It's clearly well loved in Hollywood, and will probably go on to win the Best Foreign Language Film Oscar, but wouldn't it be something to elevate it to the top 5, making it the first foreign language film nominated for Best Picture since Crouching Tiger, Hidden Dragon? It's fans are passionate - and sometimes that's all it takes to get nominated.
This has the potential to be their darling - and as the pinnacle of world cinema this year, it should be recognized.
I can see it happening. But sadly the chances probably aren't that good. Wouldn't it be great though to wake up tomorrow morning and hear Pan's Labyrinth called out as a Best Picture nominee?
Letters from Iwo Jima is generally considered to be the only film that can break into the top five. And that would be fine with me, I want Eastwood's achievement to be recognized, even if I would rather it be for Flags of Our Fathers, pretty much anything besides Little Miss Sunshine would make me happy at this point.

We'll all know tomorrow morning, the mystery dispelled, and we can finally get down to the business of predicting the winners. With such a wide-open race this year, I'm hoping for some surprises tomorrow. How did such a wide-open year become so predictable?
Tomorrow, I'm hoping, surprises us all.
Email Post