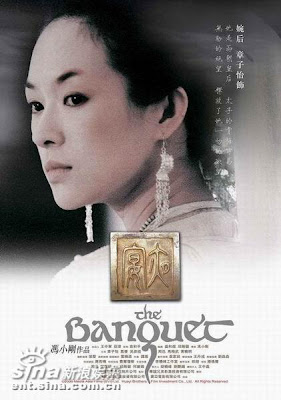 I want to know why we are not seeing a bigger push for the official Hong Kong Oscar submission for Best Foreign Language Film, Feng Xiaogang's The Banquet. I just saw it this evening, and it is quite simply a masterpiece. It's Hamlet set in China, and is the best wuxia film since Crouching Tiger, Hidden Dragon, easily besting China's official entry, Curse of the Golden Flower, and even topping other recent wuxia films Hero and House of Flying Daggers. 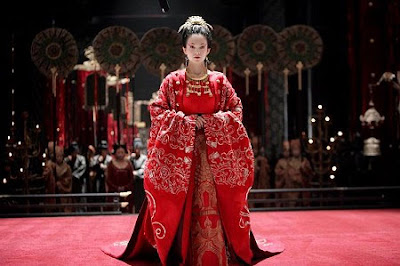 Zhang Ziyi is luminous as the scheming Empress of China, who is plotting to murder her new husband, who has just murdered his brother and usurped the throne, while his exiled nephew sets out to avenge his dead father.

The reason we aren't seeing any FYC ads is doubtless because it has not been released in the United States, and doesn't have a U.S. distributer as of this writing. Which is a grave injustice. This is a jaw-dropping, breathtaking film, with lyrical, Yuen Wo Ping choreographed fight sequences that take on the beauty of a bloody ballet, and features some of the most stunningly beautiful shots and set pieces in recent memory . But since it was submitted for consideration this year without having been released theatrically in 2006, that has screwed it over for other awards consideration next year. Which means the sumptuous production design and gorgeous costumes will never be eligible for consideration. Zhang Yimou's Hero was similarly shortchanged. 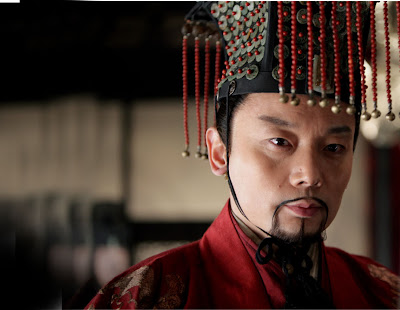 That brings up a huge problem with Academy rules for foreign language films. Besides the fact that there is only one film per country allowed, if they are submitted without a theatrical release they are not eligible for any other award.

Which is sad, because I have no doubt that if and when The Banquet is released here, it will e counted among the very best films of the year.

We need to make some noise and get this film noticed so it will recieve the release it deserves. Studio heads take notice. This is an amazing film.