"Arthur and the Invisibles" Disqualified from Animated Category

Oscarwatch is reporting that Arthur and the Invisibles, the new animated film starring Freddie Highmore, Mia Farrow, Madonna, Jimmy Fallon, and David Bowie, is not sufficiently animated enough to be eligible for Best Animated Feature. Academy rules state that in order to be eligible, films must be at least 75% animated, and apparently Arthur, which features totally live action sequences, has less than that. 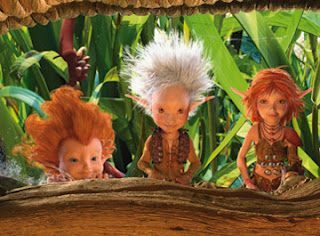 So now there only 15 eligible films, which means according to Academy rules there can only be three nominees in the category. I'm going to go with Cars, Happy Feet, and Monster House. That's the general consensus of the three best, but don't underestimate Over the Hedge, which is well liked despite being a derivative version of Toy Story with animals instead of children's playthings.
Email Post