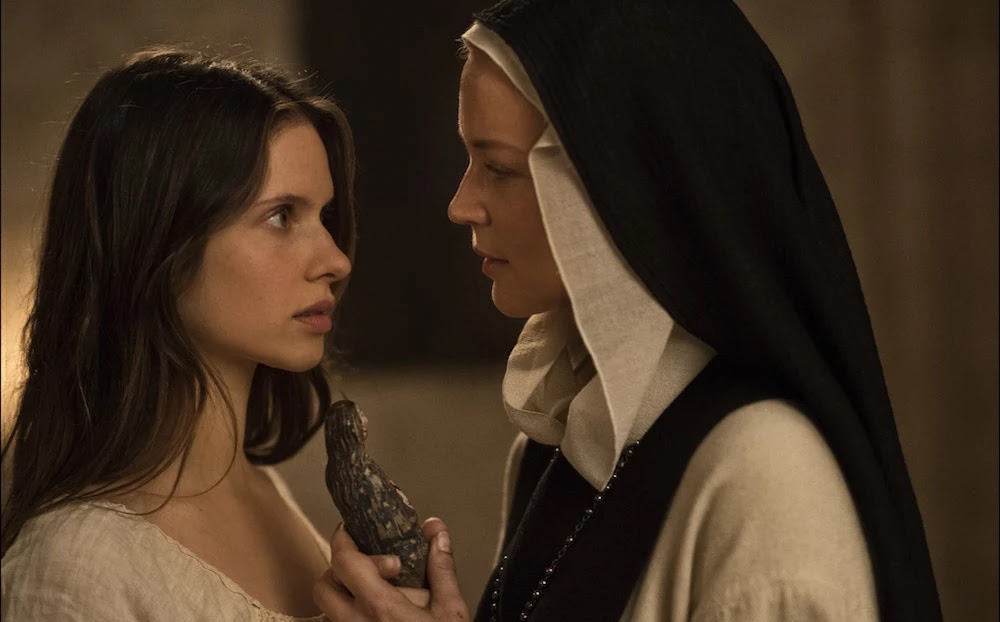 A work of beautiful blasphemy, Paul Verhoeven's Benedetta examines the tale of 17th century nun whose reports of stigmata galvanized a provincial Italian village at the height of the Black Plague. While it has garnered some controversy from religious types for its depiction of queer sex amongst cloistered nuns, the layers of Benedetta s sly critique of organized religion are are much deeper than its sexual provocations would suggest. 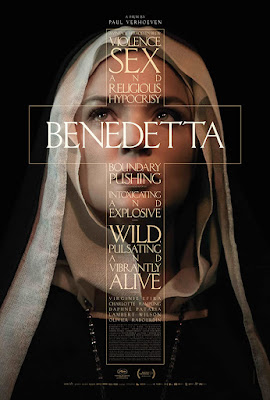 Virginie Efira's Benedetta is a fascinating character, and Verhoeven walks a fine line between painting her as a righteous martyr and a manipulative, power hungry huckster. Although he isn't subtle about sewing doubt about the veracity of her spiritual ecstasies, what remains in question is whether Bendetta herself believes it. While the Catholic authorities use her sexuality as an excuse to dismiss her stigmata and visions of Jesus, Benedetta herself remains a fascinatingly ambiguous character - part Joan of Arc, part Machiavelli, at once playing into the church's naiveté and beating it at its own game of wielding power through fear. That he manages to do this with such a gleeful mix of sacred and profane is a testament to Verhoeven's particular brand of lurid genius. Benedetta is simultaneously a thumb in the eye to the hypocrisy of organized religion, and a steamy erotic thriller that boldly upends religious iconography to explore the inherent eroticism pulsing beneath the surface.

It matters little, ultimately, whether Benedetta herself is saint or sinner, and Verhoeven has never really been one for clear cut heroic protagonists anyway. It's thrilling to watch him explore the moral contradictions of the Catholic Church in such unabashedly seedy terms. It feels almost like Verhoeven has crafted the evil twin to Dreyer's silent classic, The Passion of Joan of Arc, each frame pulsing with sexual tension and unexplored desire amongst the rigid power dynamics of the church.

Was Benedetta saint or charlatan, anointed by God or agent of chaos? In Benedetta  she is somehow all of the above, a sly power player able to beat the church at its own game of gaining unearned power by claiming divine providence. Efira and Daphne Patakia (as Benedetta's every own Judas, Bartolomea) make for an electrifying pair, but it is Charlotte Rampling's severe Abbess who steals the show - a woman deeply devoted to her God whose faith is shaken and family upended by Benedetta's miraculous communion with a Christ completely foreign to her legalistic moralism. It is she who reminds us that Benedetta is ultimately about power, how it is wielded and abused by those who claim to be anointed by God, and how a clever queer woman managed to beat the church at its own cruel game.