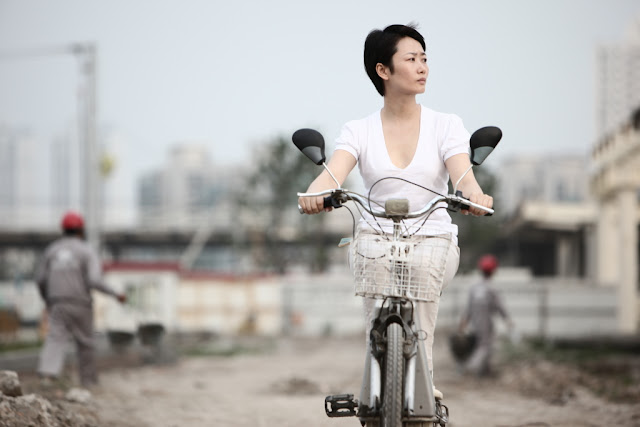 Commissioned by Shanghai's Expo 2010, Jia Zhangke's I Wish I Knew is a bracing blend of documentary and narrative styles that weaves a fascinating tapestry of Shanghai's rich and troubled history; from its glory days as an international shipping port to the second Sino-Japanese War at the outset of WWII, to the Chinese civil war in the 1940s, to the Cultural Revolution at the hands of Mao Zedong's Communist Party. 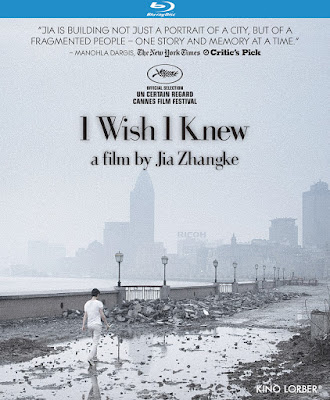 It is, perhaps, not exactly the bright and sunny portrait of a modern cosmopolitan city that the Shanghai Expo hoped for, because as Adam Nayman points out in his essay "The Name of this Film is Talking Heads: Jia Zhangke's I Wish I Knew" (included in the liner notes in Kino Lorber's new Blu-Ray release), nearly all of the stories featured in the film's 18 interviews are about exodus, people fleeing the city in times of upheaval and strife.

What the film does instead is paint a portrait of a nation in flux, using Shanghai as a prism through which to view the radical cultural shifts that have occurred in China over the last century. There are few more prominent chroniclers of modern China than Jia - his films have covered everything from the building of the Three Gorges Dam in Still Life (2006) to the evolution of industry in 24 City (2008) to his more personal chronicle of a Chinese family coping with generational change in Mountains May Depart (2015), Jia has keenly observed the shifting sands of life in modern China with the eye of an anthropologist and the hear of a poet. Of all his films, I Wish I Knew most closely resembles 24 City with its deft combination of documentary and narrative styles, juxtaposing Jia stalwart Zhao Tao (Ash is Purest White) wandering amongst the foggy gray vistas of Shanghai's World Expo Park with the childhood recollections of Shanghai expatriates. Politicians, soldiers, former revolutionaries, criminals, and citizens from all walks of life reflect back on their lives and the circumstances that lead them away from Shanghai.

In one particularly memorable segment, we are introduced to a woman named Huang Baomei who came face-to-face with Chairman Mao himself after being selected to participate in a propaganda piece as a "model Communist worker," and was invited to attend the opera with him. Jia also interviews fellow Chinese auteur, Hou Hsiao-hsien, about his 1998 film, Flowers of Shanghai. The art inspired by Shanghai plays a key role in I Wish I Knew as Jia uses clips of Hou's film as well as propaganda works like To Liberate Shanghai (1959) and Fei Mu's Spring in a Small Town (1948) to paint a picture of the city's evolution over time through art.

There's something quite subversive in the way that Jia illustrates the city's ever-changing culture through the eyes of those who lived it, bearing witness to a nation's struggle through the shifting identities of one of its most famous cities. Even the title is something of a shrug, attesting to the city's ephemeral impenetrability. For a film meant to celebrate Shanghai, I Wish I Knew instead mourns the city it could have been, a potential constantly undercut by social unrest. By focusing on dissidents and underworld figures of Shanghai's shadowy past, Jia refuses to toe the party line of the city's "glorious" history without ever running afoul of the Chinese  censors. The result is something nebulous and melancholy, cagey about its true intentions but nonetheless direct in its depiction of the social unrest of the 20th century through one city's shared experiences. It's a vital, vibrant work, densely layered with memories of a not-so-distant past, full of disquieting revelations and warnings for the future. I Wish I Knew is a city symphony in a minor key, reminiscent of Pennebaker and Ruttman, that searches for the soul of a people and finds a microcosm of a century of upheaval and uncertainty.


I WISH I KNEW | Directed by Jia Zhangke | Stars Zhao Tao | Not Rated | In Mandarin w/English subtitles | Available Blu-Ray and DVD from Kino Lorber on April 28.