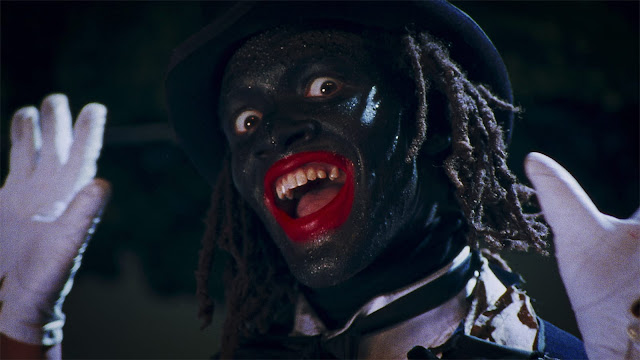 I was a young teenager just becoming aware of the world of cinema outside my local multiplex in the year 2000 when Spike Lee's Bamboozled was released. I remember picking up my copy of Entertainment Weekly, then my weekly Bible and window into films I could only read about, and reading Lisa Schwartzbaum's negative review of Lee's latest film. "it’s also his own angrier, less persuasive version of the revolutionary TV series 'In Living Color,'" she sniffed, "which redefined modern, racially charged satire a decade ago." While Schwartzbaum was my favorite critic at the time, her pan of Bamboozled seemed to reflect the prevailing critical winds of the time, that the film was somehow an outdated satire of racial stereotypes that were no longer an issue, its depiction of blackface in popular culture lashing out in empty provocation many years too late. 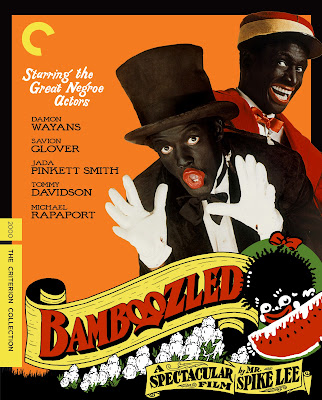 Yet history has proven Bamboozled to not be regressive, but prescient. And in the 20 years it took me to finally see Lee's film after first reading that review as a high school freshman, it seems that Lee's blistering critique of the racism embedded in American culture has been more than vindicated.

There's a kind of broad comedic tone to Bamboozled that is at once wildly funny and deeply uncomfortable. Its plot recalls The Producers, in which black TV writer Delacroix (Damon Wayans) is tasked with making his show pitch "more black," and responds by sarcastically delivering an outrageously offensive modern day minstrel show complete with black actors in blackface. The problem is the producers love it, and it isn't long before the network has a bonafide hit on its hands, with white audiences embracing the stereotypes of shiftless Mantan (Savion Glover) and his lazy sidekick, Sleep ‘N’ Eat (Tommy Davidson). Soon Americans are wearing blackface again and critics have embraced the show as harmless satire, seemingly missing the point of its deliberately cruel racist tropes. But Lee isn't here to make us laugh in the vein of a Mel Brooks comedy. The jokes here hurt, and they sting on multiple levels.

It seems that message went over the heads of many critics back in 2000, because a quick glance at the film's Rotten Tomatoes page reveals a 51% rotten rating and an array of negative reviews from mostly white critics who turned up their noses at Lee's confrontational style. And indeed, Bamboozled is not an easy film to watch. Its grainy, digital video style is off-putting and occasionally quite ugly (with the exception of the blackface scenes, all slickly produced, a haunting irony all its own), and Wayans' stiff performance as Delacroix, a black man trying desperately to fit into a white world, seems almost too ridiculous to be believed. It's as if Lee wants to knock us off our feet, to make us uncomfortable, to rub our faces in the vast evil of American racism and the legacy of its original sin. 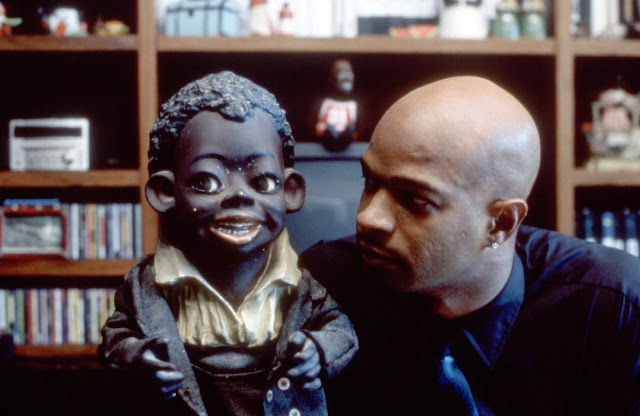 And that is, of course, entirely the point. There's nothing pleasant about Bamboozled. It works overtime to throw the audience off balance, to alienate us in almost Brechtian fashion, holding us at arm's length but demanding our attention as if saying "don't look away, you need to see this." This is easily Lee's angriest film, every frame nearly trembling with barely controlled rage at a system that continues to ignore its racist past. That Lee's film was dismissed in its time because of that anger speaks volumes, the stereotype of the angry black man causing white critics and audiences to dismiss a message made all the more essential by their indifference.

Bamboozled does not a pleasant evening at the movies make, but in the wake of the deaths of Trayvon Martin, Michael Brown, and countless others in the ensuing two decades, not to mention the seemingly never-ending parade of politicians who have dressed up in blackface since the film was released, it feels more necessary than ever. Its inclusion in the Criterion Collection may not widen its reach beyond the cinephiles already predisposed to accepting Lee's message, but its arrival on Blu-Ray feels especially timely; a film widely ignored in its time returning at a time when its message feels even more urgent, its ferocious satire now carrying an even more mischievous glint as if to say "I told you so." Ignore its warnings now at your own peril.