Vsevolod Pudovkin is perhaps one of the lesser known of the great Soviet filmmakers of the 1920s. Not as lauded in cinephile circles as Sergei Eisenstein nor as prominent in film history as Lev Kuleshov or Dziga Vertov, Pudovkin was nevertheless one of the most poetic of the Communist filmmakers of the early 20th century whose work sought to laud both socialism and the glories of the Bolshevik revolution when its victory was still fresh. 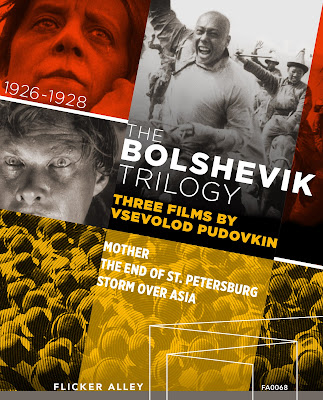 Pudovkin, much like Eisenstein, was heavily influenced by the films of D.W. Griffith, but aimed to expand beyond Griffith's achievements in order to reach a new, heightened level of cinema. In his essay, "Griffith, Dickens, and the Film Today," Eisenstein writes: "This was the montage whose  foundations had been laid by American film-culture, but whose full, completed, conscious use and world recognition was established by our films. Montage, the rise of which will be forever linked with the name of Griffith." For Eisenstein, Soviet film culture began with Griffith and was built upon, and even perfected, by himself and his contemporaries; among them, Pudovkin, whose adherence to the Soviet ideals of montage elevated his films to a unique level of cinematic poetry.

Whereas Eisenstein's films often focused on the plight of the working class and how their struggles both glorified and justified the Bolshevik Revolution of 1917, Pudovkin's films feel much more revolutionary, focusing on how workers and peasants became radicalized by working conditions under the Czar. Pudovkin is less concerned with the results of the revolution than he is in the circumstances that gave rise to it. For him, the political was also deeply personal, and he often foregrounded individuals to be representative of the collective rather than focusing on the collective as a whole. In his debut feature, Mother (1926), Pudovkin adapts a novel by Maxim Gorky about an idealistic young man whose efforts to organize a workers' strike against oppressive conditions in a factory runs him afoul of the authorities. His mother, at first discouraging of his political organizing, eventually becomes radicalized by the deeply unfair treatment of her son by the Czarist state, and eventually joins the 1905 Russian Revolution.

What sets Mother apart from, say, Eisenstein's Battleship Potemkin, which depicts the same 1905 Revolution from a different perspective, is that by centering the action on one character Pudovkin achieves a much more powerful emotional catharsis. The climactic scene, in which the mother stands alone against charging Czarist forces, her flag held high and defiant, is one of the most deeply moving images in all Soviet cinema. It makes the Revolution not only feel viscerally present, but deeply personal, an act of defiance against tyranny borne out of heartbreak caused by an unjust system. Mother isn't simply cut from a revolutionary cloth because those were the politics of the day, there's a real passion here for the cause of socialism, one that still resonates today. The familiar techniques of Soviet montage are here - the quick, rhythmic cuts, the opposing close-ups, the use of editing to create emotional juxtaposition and suggestion of simultaneous action in a visual cacophony of action (pay close attention to the thematic significance of the thawing ice floes in spring intercut with images of marching workers), but Pudovkin consistently employs these techniques for something more lyrical. He brings the full weight of capitalist oppression to bear and examines its ravages on not just all striking workers, but on one particular family (although the use of a mother as a stand-in for Mother Russia is not an accident), building their struggle up to an emotional crescendo that rams home the importance of not only the 1905 Revolution, but of the 1917 Bolshevik revolution as a whole. "This is what we're fighting for," Pudovkin seems to be saying, "and this is how far we've come."


Pudovkin's second feature, The End of St. Petersburg (1927), widens the scope somewhat. Commissioned to honor the 10th anniversary of the October Revolution (see also Esfir Shub's The Fall of the Romanov Dynasty, also available from Flicker Alley, and Eisenstein's October: Ten Days that Shook the World), The End of St. Petersburg still takes an on-the-ground approach to depicting the events of October 1917, giving us a portrait of spontaneous peasant rebellion rising up against the Czarist government, an event that changed St. Petersburg from Petrograd, and eventually to Leningrad in honor of Bolshevik leader, Vladimir Ilyich Lenin. Less intimate perhaps than Mother, The End of St. Petersburg still depicts much of the action from the perspective of one peasant family who is forced to move into the city when their farm life is no longer enough to support themselves. There, amidst the ghastly luxury of the elites (constantly juxtaposed with the dire conditions of the poor and working class) they are swept up in the Revolution and help to reclaim St. Petersburg for the people.

By focusing just on the events in St. Petersburg, rather than taking a wider look at the Revolution as a whole (specifically what was going on in Moscow) Pudovkin is once again able to take a bottom-up look at how these events affected the common people, and how much they drove events that benefitted their own position, rather than the top-down approach of focusing on military action and leadership. While this is hardly unique to Pudovkin (Eisenstein took a similar approach in Strike and Old & New), his films display a real passion for the plight of the proletariat, feeling less like propaganda and more like communist apologia, focusing less on the politics of the Bolsheviks and more on the basis for the Revolution in the first place. It is also in The End of St. Petersburg, perhaps more so than any of Pudovkin's films, where the idea of class solidarity comes most into play - working class soldiers refusing to fire on striking workers despite the orders of their superiors. While we all know now how the great Bolshevik experiment would turn out in the hands of bad faith actors like Josef Stalin, the idealism at work in Pudovkin's films is inspiring in ways that reach beyond mere adulation of communist ideology. 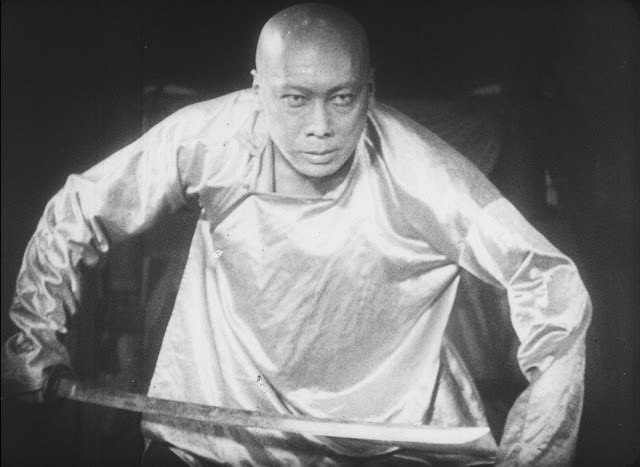 The third film in Pudovkin's "Bolshevik Trilogy," Storm Over Asia (aka Heir to Genghis Khan) was released in 1928 and is arguably the director's most well-known film. It was criticized at the time for its focus on ethnographic study of Mongolian nomads in the first half, in which Pudovkin spends a good chunk of the film's two hour running time exploring the day-to-day life of indigenous Mongolians under British occupation. And yet it is that very attention to detail and adherence to a certain kind of realism that makes Storm Over Asia so special. It is first and foremost an anti-imperialist film, examining the fight for Mongolian independence that was occurring simultaneously with the Russian Revolution.

It is also the film in which the influence of Griffith is most keenly felt, in the thundering climax in which the Mongolian forces face off against the agents of imperialism, juxtaposed against scenes of an actual storm, with gale-force winds bowing the trees to their will. Its ethnography, almost documentary-like realism does not blunt its revolutionary fervor. In fact it is Pudovkin's depiction of Mongolian life, less exoticism than kitchen-sink drama, that makes its climax so powerful; where imperialists attempt to use a young man they believe to be a descendant of Genghis Khan in order to quell a peasant uprising. It's the least directly tied to the Communist cause of the three films, instead focusing on anti-Imperial solidarity against oppression around the globe. By focusing on non-white characters, Pudovkin also dismisses the inherent racism with which such cultures were viewed at the time, a move that seems revolutionary in and of itself, equating Mongolians' struggle with the struggle of working class people everywhere. This is class solidarity in action, and the whirlwind finale is as emotionally overwhelming as anything in Griffith's filmography.

The new Blu-Ray release by Flicker Alley includes all three films in the "Bolshevik Trilogy," as well as Pudovkin's 1925 short film, Chess Fever, a satirical piece about the Russian chess fad that was going on at the time. The transfers of all three films is impressive, but it is perhaps Storm Over Asia that has benefitted the most, with its new 2K master and evocative score by Timothy Brock. Perhaps most impressive, however, is discovering these films in our own troubled times, and seeing just how relevant their message of working class struggle still is today. The struggles faced by workers in Czarist Russia, fought against by the Bolsheviks, isn't all that removed from the modern world as we may think. The revolutionary spirit of the Bolsheviks lives on, embodied here by three nearly hundred-year-old films, that remind us that the political is always personal, and that while the oppressive spirit of capitalism and imperialism endure today, so too do the ideas of class solidarity that Pudovkin championed. Perhaps the world hasn't changed quite as much as we think.

The Bolshevik Trilogy is now available on Blu-Ray from Flicker Alley.