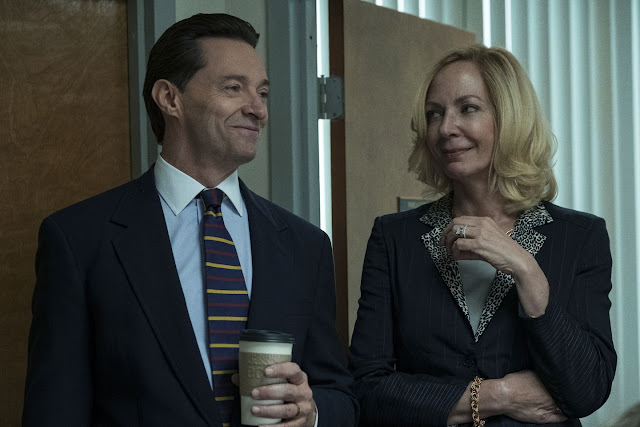 In 2002, a student reporter working for her high school newspaper, The Hilltop Beacon, inadvertently uncovered a massive embezzlement scheme while working on a puff piece about a new construction project at her high school in Long Island. 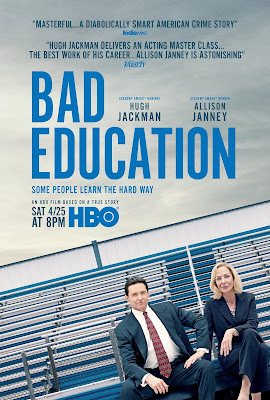 That embezzlement scheme ended up being the largest public school fraud in American history, with over $11 million stolen from the school system's budget to fund luxury homes, lavish vacations, and other extravagant expenses for administrators and their families. The scheme reached the highest levels of the school district's administration, and serves as the inspiration for HBO's new film, Bad Education, starring Hugh Jackman and Allison Janney, and directed by Cory Finley (Thoroughbreds).

The film originally debuted at the 2019 Toronto Film Festival before being picked up by HBO for distribution. Yet despite skipping theaters for a television premiere this past weekend, Bad Education (not to be confused with Pedro Almodovar's 2004 film of the same name) is an engaging tale of corruption, vanity, and hubris that gives Jackman one of his meatiest roles to date. Jackman stars as Frank Tassone, beloved educator and school superintendent, whose penchant for taking a personal interest in the wellbeing of his district's students put his schools on the map and fueled a surge in early acceptance decisions to some of the nation's top universities.

After discovering some discrepancies in the school's expense accounts, the school board comes to realize that Assistance Superintendent Pam Gluckin (Allison Janney) has been cooking the books in order to fund her lavish lifestyle. But Tassone steps in to cover for Gluckin in order to keep the situation out of the press, ostensibly to preserve the school system's reputation and maintain their budget for the next school year. That's when Bad Education really starts to get interesting - slowly revealing its protagonist's motivations as it delves deeper into this wide-ranging scandal. At first, Finley plays his cards close to the vest, but as the true depth of the fraud becomes clear, he turns the film into a fascinating character study of people who do very bad things for the "right" reasons.

Everyone involved here seems to think they have the best interests of the students and their community in mind, deluding themselves into thinking that they're good people who aren't really doing anything wrong, as if their professional strengths somehow offset their personal failures. In the film's greatest twist of irony, it is that very encouragement of student involvement that the young reporter (Geraldine Viswanathan) to dig deeper into the district's spending and discovering millions of dollars worth of hidden expenses buried in a seemingly innocuous breezeway expansion for the high school. While the film is stylistically more straightforward than Finley's last film, his slow-burn portrait of a man whose flaws as an administrator are uncovered by his own strengths as an educator, is deeply engrossing. Jackman has never been better than he is here, portraying Tassone's slow unravelling barely masked by his vain obsession with appearance - a man hiding who is truly is on many levels. Bad Education is worth watching for Jackman's performance alone, but he anchors a ripped-from-the-headlines story of true crime with an emotional center that is hard to shake. The road to hell is truly paved with good intentions, and Jackman's multi-faceted performance reveals the conflict of a deeply troubled man undone by his own success.