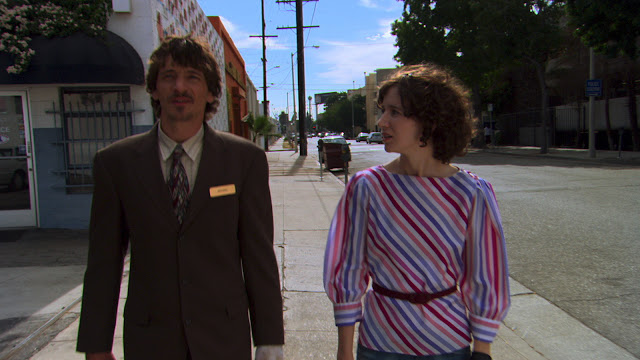 In some ways, Miranda July’s Me and You and Everyone We Know represents a very particular time in movie history. Released in 2005, the film has come to seem emblematic of a certain type of quirky Sundance indie that became so ubiquitous in the early 2000s. July, an unclassifiable performance artist who dabbled in something akin to multimedia art installations and "video chain letters" before turning to filmmaking, may come across on the surface as an insufferably twee figure, filling her films with oddball characters making seemingly random philosophical musings about the nature of life, love, and death. But there's an authenticity to her work that sets it apart from many of her contemporaries. 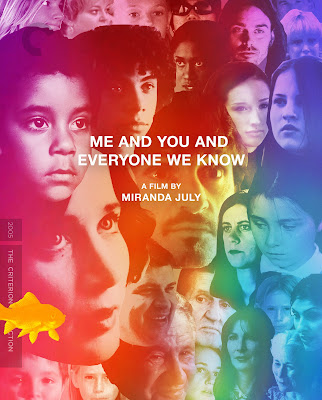 Taken at face value, Me and You and Everyone We Know feels representative of "Sundance quirk," its performance art aesthetic at once self-consciously strange and even pretentious in its cornball new age reflections on a world that doesn't come close to resembling any recognizable reality. And yet beneath the film's veneer of melancholy, candy-colored weirdness, July conjures something deeply and disarmingly human, instantly recognizable and yet wholly indescribable. All of her characters seem stunted somehow; emotionally, socially, lost and adrift in a world that doesn't quite seem to have the answers they seek. But through art, technology,  sex, or a simple gesture of kindness, each finds a kind of kinship and connection in the most unexpected of places.

July herself stars as Christine Jesperson, a lonely performance artist who moonlights as a cab driver for a company called Eldercab, where she drives elderly customers around for their daily errands. One day she meets Richard (John Hawkes) a single father who works as a shoe salesman at a generic mall department store, and strikes up a casual friendship that constantly threatens to become something more. His children, teenage Peter (Miles Thompson) and seven year old Robby (Brandon Ratcliff) are facing issues of their own. Peter is grappling with a budding sexuality and a sense of social awkwardness, while Robby has begun an online relationship with a middle aged woman who has no idea she been chatting via online messenger with a child. Their young neighbor, Sylvie (Carlie Westerman), spends her time collecting kitchen appliances in a hope chest for a dowery for her future husband husband, while Peter's school friends, Heather (Natasha Slayton) and Rebecca (Najarra Townsend), get their first brush with adulthood through a flirtation with an older man. 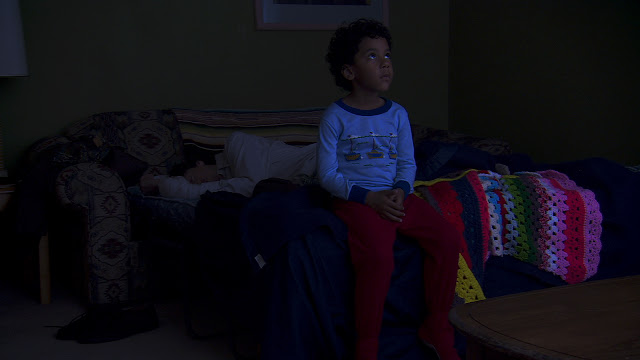 July has a unique way of handling salacious material in such a way that makes it feel at once innocent and beautiful. Young Robby's online conversations regarding the sharing of poop should make us feel queasy, and yet there's something almost naïve about it that doesn't feel dirty at all. Everyone in the film has a kind of childlike guilelessness about them, a group of lost souls floating through life desperately searching for some kind of human connection, platonic, romantic, sexual, or otherwise. Yet its unique sense of innocence don't come off as cloying, striking a delicate balance between emotional honesty and eccentricity. July’s observations never feel like manufactured oddities - rather they feel like splintered reveries of a strange and beguiling world of small-scale wonders. Here, lost souls tumbling through space briefly bump up against one another, guided by July's singular vision and performance art aesthetic that feels at once off-kilter and incisive.

Criterion's new Blu-Ray release is truly stunning, rescuing the film from early aughts DVD bleariness and giving it new life, its brightly colored palate more vibrant than ever. Also included are two of July's early short films, The Amateurist (1998) and Nest of Tens (2000), along with selections from her video chain letter, Joanie 4 Jackie. There's simply nothing else out there quite like Me and You and Everyone We Know,  a film both timeless and yet distinctly of its time, transcendent and yet familiar, at once emblematic of cutesy Sundance indie treacle and an utter subversion of its vapidness. But perhaps most of all, it's a film that feels weirdly out of time, empathetic and kind, adrift in its own singular sense of sadness and hope, obsessed with death and yet completely accepting of its inevitability. And now its back, ripe and ready for the reevaluation it so richly deserves as one of the very best debut films of the new millennium.


ME AND YOU AND EVERYONE WE KNOW | Directed by Miranda July | Stars Miranda July, John Hawkes, Brandon Ratcliff, Miles Thompson, Carlie Westerman, Brad William Henke | Rated R for disturbing sexual content involving children, and for language | Available on Blu-Ray and DVD from The Criterion Collection on April 28.