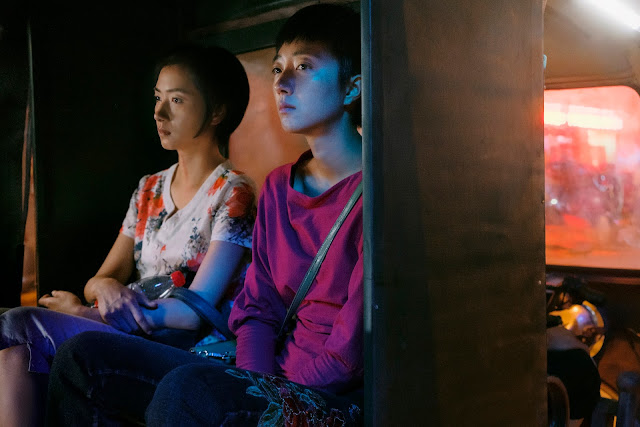 It's no secret that theaters are struggling right now. With movie screens darkened across the country due to the COVID-19 pandemic, independent theaters are especially feeling the negative effects of the nationwide lockdown. This has put many arthouse theaters in an increasingly dire position, but thanks to the ingenuity of some of the nation's independent distributors, you can still support your local indie theaters through "virtual cinemas." Essentially a pay-per-play streaming service, these online theaters allow independent theaters to bring first-run arthouse films into your living room, sharing a cut of the profits with the distributors, in order to stay afloat during this unprecedented crisis. 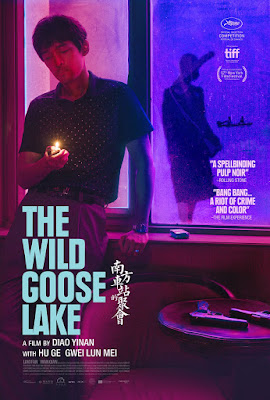 The a/perture cinema in Winston-Salem, North Carolina is one such locally owned, independent movie theater that needs the community's support. They're currently showing an array of independent and foreign films for you to enjoy from the comfort of home, including Diao Yinan's riveting new gangster drama, The Wild Goose Lake, which was a hit at last year's Cannes Film Festival where it played in competition (ultimately losing the Palme D'Or to eventual Oscar winner, Parasite).

Set in China's Wuhan province, The Wild Goose Lake tells the story of Zhou Zenong (Hu Ge), a two-bit mobster who accidentally shoots a cop during a territory dispute with a rival gang. Now hunted by both the police and unscrupulous mobsters out to collect the handsome "dead or alive" bounty on his head, Zhou is forced to go on the run. His guide into the Chinese underworld is the mysterious Liu Aiai (Gwei Lun-mei), a woman whose motives remain unclear, but that doesn't stop the two of them from forging a strange kind of relationship as they navigate their newfound world of uncertainty and betrayal.

The film has all the trappings of a classic Hollywood film noir, complete with dark underworld intrigue, a mysterious femme fatale, and a propensity for violence (a man gets impaled by an umbrella at one point, and if that isn't a resounding recommendation I don't know what is). One thing I find particularly satisfying about contemporary Chinese cinema is that filmmakers aren't afraid to use color in creative ways (see also last year's similarly dazzling neo-noir, Long Day's Journey into Night). Whereas much of American cinema equates monochrome grays with gritty drama, Diao instead bathes The Wild Goose Lake in a striking palate of neon, its vibrant pinks and greens bleeding off the screen in a haunting evocation of the seedy underbelly of the world it depicts. 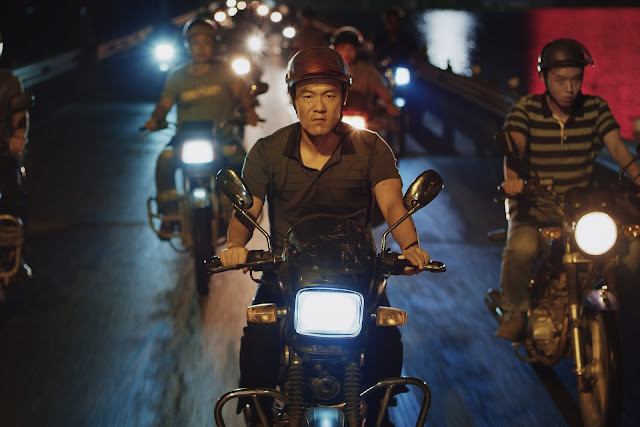 Yet despite its stylistic cues from American film noir, I couldn't help but be reminded of German filmmaker Fritz Lang's 1931 film, M. That film, which featured Peter Lorre as a murderer being hunted by both police and criminals alike, helped lay the groundwork for film noir as we know it, taking inspiration from the work of the German Expressionists and their striking use of light and shadow. But Diao takes the moral ambiguities at the heart of noir one step further - turning his crime drama into a sociopolitical critique of the Chinese police state. Here, the cops are often incompetent at best, sadistic at worst, using their manhunt as an excuse to curb civil rights and even posing for pictures with the bodies of men they've killed, bringing down the full weight of the state for an accidental shooting in ways they never would had Zhou's bullet hit its intended criminal target.

This is a world of moral criminals and amoral police, snitches and backstabbers, where the line between criminal enterprise and legitimate businesses is often indistinguishable. Diao wraps his scathing indictment of Chinese state capitalism in a package of sensationally choreographed action and nearly operatic violence that may have helped its underlying themes go unnoticed by the Chinese censors, but make no mistake; The Wild Goose Lake is not just a bone-crunching action film, it uses its criminal underworld setting as a way to juxtapose "legitimate" businesses and institutions with gang activity, exposing their inherent illegitimacy and throwing the entire system into question. And in a world turned upside down by a pandemic, at long last exposing our system's glaring flaws for all to see, I can't think of any message more timely.