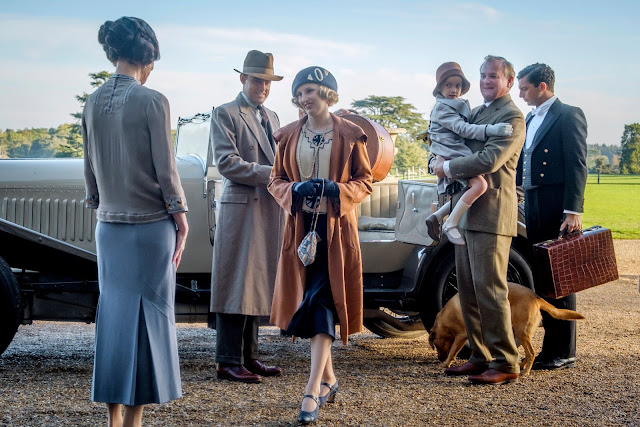 As someone who followed Julian Fellowes' Downton Abbey series from the very beginning, I was tepidly optimistic about the idea of a feature film. After all, most of the characters had been giving satisfactory conclusions to their arcs, what more could a film have to add other than a nostalgic return to the titular country estate and a visit with old friends? 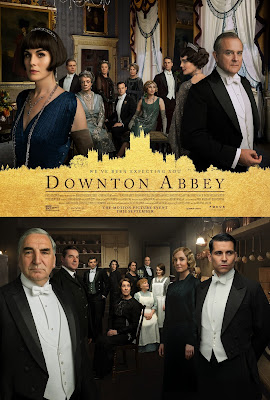 That is, of course, the point here, but that doesn't stop Fellowes from dipping back into the well of soap opera dramatics that served the series so well over the course of six seasons. Except this time he crams an entire season's worth of drama into two hours, making the plotting seem even more contrived than usual. The story this time centers around a royal visit to Downton Abbey by King George V (Simon Jones) and Queen Mary (Geraldine James). As the arrival of the royals draws nigh, the aristocrats upstairs wrestle with a convoluted inheritance subplot from prim Lady-in-Waiting Maud Bagshaw (Imelda Staunton), who has named her servant as her heir rather than her closest relative, Lord Grantham (Hugh Bonneville), much to the chagrin of prickly family matriarch, Violet (Maggie Smith). Meanwhile, the servants downstairs are being trampled by the royal servants who seem determined to take over the house and leave the Downton staff with nothing to do. To counteract the chaos, Lady Mary (Michelle Dockery) asks retired butler Mr. Carson (Jim Carter) to return to Downton and right the ship, spurning new butler, Mr. Barrow (Robert James-Collier). Yet more sinister forces wait in the wings, as former Irish Republican Tom Branson (Allen Leech) is being tailed by a mysterious figure whose motives may be darker than they initially appear.

The show easily could have stretched these plots out for an entire season, but when crammed together into one film, the film feels overstuffed, never really having time to give any of the subplots adequate time to develop. The problem is such that a subplot involving a royal assassination plot is swept under the rug and barely mentioned again as if it never happened, and therein lies one of Downton Abbey s biggest issues - it's a film based on a TV series that is used to giving its stories time to develop. When reduced to the time constraints of a feature film, it feels so rushed that it doesn't even have time to give seemingly major plot points time to settle before lurching into the next one, and the inheritance subplot feels especially anemic given that the Crawleys have dealt with similar issues many times over the course of their six season run. 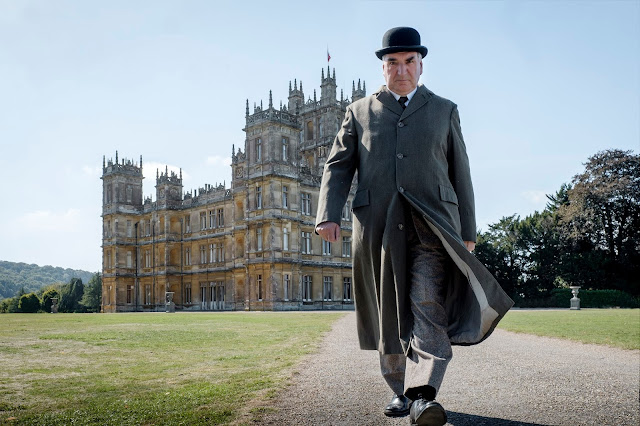 Downton Abbey is also a strangely conservative film. The series was clearly about a very strict social order, but it was also about how that order began to shift and change over time. The film, on the other hand, takes on an oddly monarchist tone ("God is a monarchist!" they exclaim when the weather improves just in time for the royal visit), insisting that its characters should accept their position and never hope for more than they are given by benevolent overlords in a deeply unfair system. This extends to abusive relationships, where the idea of “working it out” to protect the monarchy (something “bigger than themselves”) is treated as the highest virtue. We’re far from the biting satirical wit of Fellowes’ brilliant Gosford Park screenplay, which took the excesses of the upper classes to task while dismantling their reliance on the working classes to stay afloat. Here he posits that the highest honor the working class can achieve is to lick the boot that’s standing on their neck.

In the end, Fellowes seems more concerned with the fan service of giving each character another happy ending than continuing any of the overarching themes and ideas that permeated the series. Its nice to be back at Downton, but it really feels like more of the same with a few more glamour shots of the castle and soaring renditions of John Lunn's now iconic theme music. The characters are treated as unseemly caricatures, reducing many of our favorites to goofy comic relief and undermining any semblance of growth they may have had during the series. It's an occasionally pleasant time passer, but more often that not it feels as if Fellowes should have left well enough alone. Downton no longer feels like a window into a bygone world from which we've progressed, but a regressive longing for a simpler time when people knew their place and never asked for more.