Soviet filmmaker Fridrikh Ermler is perhaps one of the most fascinating figures to emerge from the USSR during the silent period. Not as well known in the West, perhaps, as Soviet luminaries like Sergei Eisenstein or Dziga Vertov, Ermler is nevertheless one of the most unique figures in Soviet cinema. 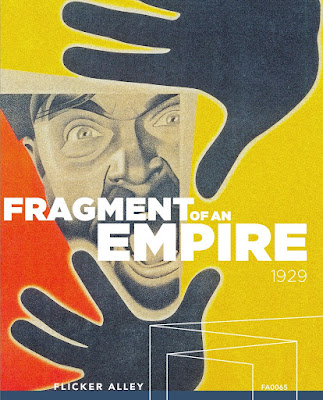 While most of the films from that period are directly concerned with the Revolution and advancing the cause of Communism, Ermler's films took on a more subtle, but no less direct, approach to politics, acknowledging the inherent faults of the system while pushing for even greater reforms and modes of social justice. Ermler understood that the cause of Communism did not stop in 1917 nor did it stagnate with Lenin's death in 1924. Ermler was also uniquely positioned to embrace the Communist revolution because of its profound effect on his life. As a Jew, Ermler had been banned from living in Imperial Russia under the rule of the Czar - the October Revolution opened up a whole new world for him and his family, and his affection for its ideals are apparent in his 1929 film, Fragment of an Empire.

He was also a former spy who was rumored to have carried a gun everywhere he went, even going so far as to wave it in the faces of actors who weren't giving him the emotional honesty he demanded. These stories are all apocryphal, of course, some of them perhaps even embellished and perpetuated by Ermler himself, but regardless of his methods the quality of his work on the screen is undeniable. Fragment of an Empire centers around Filimonov (the extraordinary Fiodor Nikitin), a soldier suffering from amnesia who lost his memory during WWI and suddenly regains it after the Revolution, waking up in a country that has been profoundly changed. As Filimonov tries to make his way in this new Communist world, he can't quite seem to shake his old way of thinking, unable to grasp the freedom now afforded him, or the rights now available to laborers. Lost without masters to tell him what to do, and constantly in fear of repercussions for any little transgression, he finds himself in constant awe at the safety regulations and protections enjoyed by his fellow workers that would have been unthinkable under the Czar. 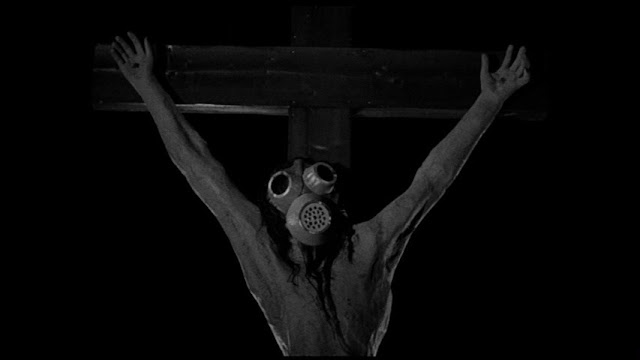 But he also encounters petty bureaucrats and anti-democratic ideals, or as he calls them - "sad fragments of an empire," the last vestiges of a now outdated way of life. For Ermler, the Revolution wasn't the end, it was the beginning; a work in progress toward a better future. History now tells us what the Soviet Union would become - a repressive, murderous regime far removed from its original ideals. And while it wasn't quite there yet in 1929, Ermler wasn't afraid to call out its imperfections. While Eisenstein, Pudovkin, and Kuleshov were busy crafting ecstatic Communist propaganda, Ermler took a more thoughtful approach. Rather than end the film on a moment of triumph, he has Filimonov break the fourth wall and deliver his final line directly to the audience - "we have so much more work to do, comrades!" It's as much a call to action as it is admonishment of a system that is still leaving its workers behind. They had come a long way, but they weren't to their destination yet.

It's a remarkable message for a Soviet film in 1929. Fragment of an Empire is as bold and uncompromising as its director, and its central performance by Nikitin (a noted method actor who spent time with real amnesia patients to prepare for his role) is a truly exceptional work, some of the best acting of the silent era. The scene in which Filimonov arrives in St. Petersburg (by then renamed Leningrad), and seeing all the new freedoms enjoyed by its citizens, women dressing how they pleased, workers no longer slaves to their masters, happiness written across all their faces, is a moment of tremendous and subtle beauty, the slow awakening dawning on Nikitin's face showcasing a lifetime's worth of fear and confusion suddenly melting away into a kind of bewildered joy. It stands in stark contrast to the films of Eisenstein, whose quick edits created a kind of rapturous ecstasy; instead Ermler looks inward, allowing his actors to achieve similar ends through their performances. His use of Soviet Montage has a more impressionistic feel - suggesting the inner feelings of his characters rather than commenting on the rhythms and emotions of the events they're depicting. Long under-appreciated by Western audiences and film scholars, Fragment of an Empire has been given a glorious Blu-Ray treatment by Flicker Alley, complete and fully restored (with its infamous, long-censored image of Christ on a cross wearing a gas mask intact) ripe for rediscovery and the canonization it has always deserved.