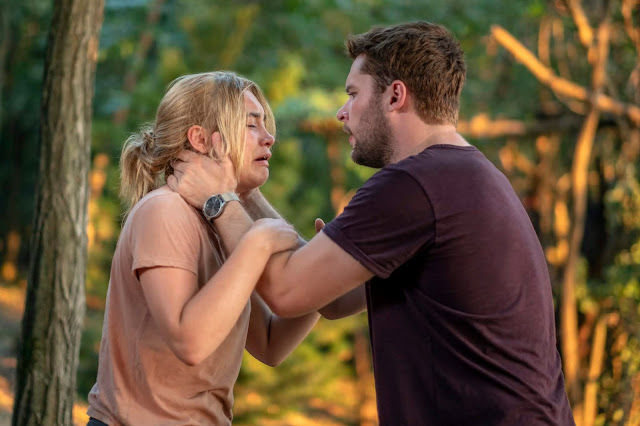 Midsommar, the sophomore feature film from Ari Aster (Hereditary), is the a kind of waking nightmare that reaches down into the darkest corners of the human soul where few horror films ever dare to go. A brilliantly disturbing distillation of grief, Midsommar takes Hereditary's haunting exploration of generational trauma to the next level, investigating themes of broken humans grappling with immense tragedy and the sometimes deeply painful path to healing and catharsis. 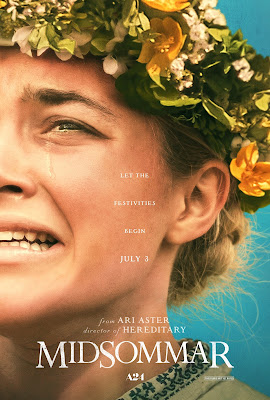 The film centers around a young couple named Dani (Florence Pugh) and  Christian (Jack Reynor) who are seemingly on the rocks. Christian is becoming tired of Dani's clingy nature, and Dani desperately needs his emotional support. Christian's desire to break up with her is put on hold when a family tragedy forces him to step up and be a supportive boyfriend to Dani, putting further, unseen stress on their relationship, and Dani soon finds herself on a vacation to Sweden with Christian and his friends to which she had not been previously invited.

The goal is to study a reclusive pagan commune in the Swedish wilderness that is celebrating their Midsommar festival. But what begins as a hallucinogenic drug-fueled holiday in paradise soon turns dark as the cult's strange customs take increasingly disturbing turns. Friendships are strained, relationships are tested, and eventually the true nature of the commune's interest in the group becomes fatally clear.

Aster has already proven himself adept at getting under audience's skins, but Midsommar feels like it's operating on another level entirely because it all takes place in broad daylight. Cinematographer Pawel Pogorzelski oversaturates every frame with glaring white light, so much so that one almost has to squint while watching the film. The constant, overbearing daylight sets the audience on edge immediately, and Aster subtly manipulates the frame to suggest his characters' deteriorating mental state in ways that are disorienting and disquieting. He makes us question our own eyes in ways that feel quietly revolutionary, and as the inherent absurdity of the situations reach a fever pitch, it's hard to know whether to laugh or be terrified.

Midsommar often walks a fine line between horror and comedy, and Aster manages to illicit laughter while creating a deep-seated sense of unease. What really sells this dichotomy is the cast - especially Florence Pugh, who delivers a performance for the ages as a woman grappling with unimaginable grief who's desperately seeking catharsis. While Reynor may seem out of his depth next to Pugh, his performance is deceptively strong, playing an affable doofus whose maturity level is clearly not ready for a committed relationship. The pair are well matched, and Reynor's intentional lack of depth makes Pugh's arc all the more powerful.

Aster has been quoted as saying that he conceived the film after a break-up, and the film is indeed filled with a haunting sense of regret and longing. But it's also a ferocious and angry work that has no qualms with burning down the past and rebuilding oneself from its ashes. That's what makes the film so raw and cathartic, its keen understanding of millennial dating and relationships makes the decisions of the characters make sense even in the most absurd circumstances. That is perhaps Midsommar's most unnerving aspect - even amid such over-the-top horror, it remains grounded in real human emotion, making the dark choices its characters are forced to make feel all the more real. Like The Last Jedi before it, Midsommar seeks to kill the past and watch it burn - and we are left to wonder if we should be trying to put out the fire, or furiously giving it fuel.