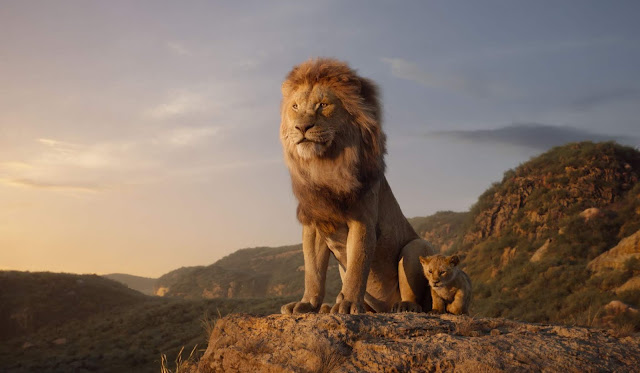 The trend of Disney remaking its animated classics shows no signs of slowing down as The Lion King stands poised to become one of 2019's biggest box office hits. While it would be a misnomer to refer to the new Lion King as a "live action" remake, the photo-realistic special effects create the illusion that we're watching real animals coming to life on screen to tell the familiar story. 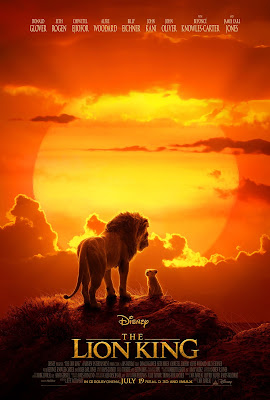 The Lion King is a better film than Aladdin, this year's other live action remake, in that it is competently directed and reasonably well-designed, but it's plagued by such a mind-numbing sense of redundancy that one can't help but wonder - "what's the point?"

The original animated film holds a special place in the hearts of many of us who grew up in the 1990s, and it remains one of Disney's finest achievements of the era. The remake brings very little new to the table - adding a few lines of dialogue here, a reworked song there, but for the most part this new Lion King is content to be a shot-for-shot remake of its predecessor, hitting all the familiar notes fans of the original have come to expect but offering nothing new of any real note. The more realistic animation is certainly eye-popping, but the characters lose something in their transition to more life-like incarnations. They're less expressive and engaging as "real" animals; as such, the film lacks the emotional core that made the original so endearing.

In fact, the entire film lacks a certain elegance in its translation to photo-real animation. For all the epic vistas the film shows us, it's impossible not to recall its animated counterpart, and the way in which the colorful drawings of the original Lion King expressed the emotions and feelings of the narrative with such grace. This new Lion King is often thuddingly literal - simply tracking characters trotting through musical numbers rather than bursting into swirls of color and song. For a film full of such breathtakingly real images, the musical numbers are often flatly staged, the realism constantly undercutting the story's vibrant emotions and narrative drive.

Director Jon Favreau (who also directed Disney's excellent remake of The Jungle Book) wants to make sure we remember the original film, constantly tapping into fond memories and nostalgia for his audience's childhoods. But rather than recalling the things we love and pushing it into new, uncharted territory, he simply carbon copies what we've already seen. It reminded me of Gus Van Sant's ill-fated 1999 remake of Alfred Hitchcock's Psycho - all the familiar ingredients are there, but the spirit and the heart that made the original great are completely missing. Taken on its own merits, it's completely fine - a mildly engaging adventure about a young lion discovering his destiny as the leader of his people with some amusing comic relief. But audiences would be better off watching the original animated film instead, a classic that will continue to endure long after this "live action" trend has faded from our collective memories.