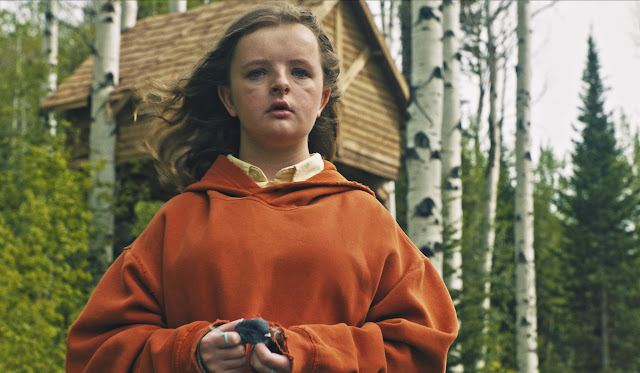 Ari Aster's Hereditary belongs in a rarified pantheon of great modern horror films. It is a genre undergoing something of a renaissance in recent years, with filmmakers exploring the emotional depths of the genre beyond what you might find in your typical multiplex slasher film. The Witch, The Babadook, It Follows, Get Out, Raw, It Comes at Night, The Invitation, and Let the Right One In are among some of the films in this new wave of modern horror, many of which explore the emotional undercurrents of their subjects, using horror as a tool to examine other psychological traumas. 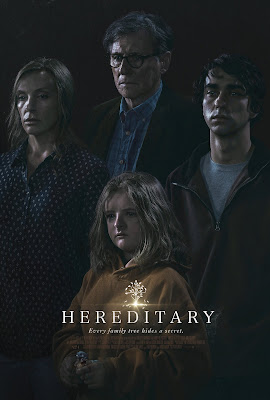 In the case of Hereditary, that trauma is grief. Annie Graham (Toni Collette) is mourning the death of her mother, a domineering woman with whom she was estranged for many years. After moving in with the Grahams, Annie's mother quickly became unusually close with her daughter, Charlie (newcomer Milly Shapiro, whose face is perhaps one of the most unique and expressive in modern cinema). Charlie takes her grandmother's death especially hard, and soon begins exhibiting some distressing behavior, as if she is somehow still connected to her grandmother's spirit. When yet another tragedy strikes the Graham family, they are all forced to confront their pasts, and the inner demons passed from one generation to another.

Make no mistake, Hereditary is an unabashed horror film, an unnerving slow burn that builds to a feverish crescendo that feels like an act of actual evil. But at its core it is a study of shared grief. Every frame of the film seems saturated with a kind of inner pain and turmoil, each character trying to escape the grip of an abusive past that they can never quite shake. In the end, this lack of love, this selfish lack of empathy, leads to unimaginable tragedy, a cycle of generational resentment that ends up bringing down an entire family.

This is most embodied by Toni Collette's force-of-nature performance. Every breath, every moment, whether said or unsaid, is a barely repressed howl of anguish - the cry of a woman at the end of her rope, crumbling under the pressures of her role as a wife and a mother. It's a glorious thing to behold. Her performance, much like the film itself, serves as an extended metaphor for the effects of depression, leading not only the characters to question their own sense of reality, but the audience as well. Aster wisely chooses not to connect every dot, strange events have no explanation, and don't need one. He constantly sews seeds of doubt in our minds as the line between reality and fantasy become inexorably blurred. Characters say things they don't mean (or do they) make irrational decisions, and ultimately find themselves drowning in a mess of their own making, directed by forces beyond their control.

Aster, with the help of cinematographer Pawel Pogorzelski and production designer Grace Yun make the Graham's house feel like one of the dollhouses Annie spends so much of her time making, the characters merely dolls being moved around by a mysterious hand. It's an ingenious visual metaphor, as if we the audience are somehow peering through an idyllic facade to the unspoken pain beneath. Even in its most mundane moments, Hereditary seems somehow infected by an unseen and unspoken evil. Like depression, it worms its way under the skin almost unnoticed, until it has its hooks buried deep inside. This is a truly great work of horror, an explosive and terrifying tale of shared and inherited trauma that is as emotionally devastating as it is deeply disturbing.