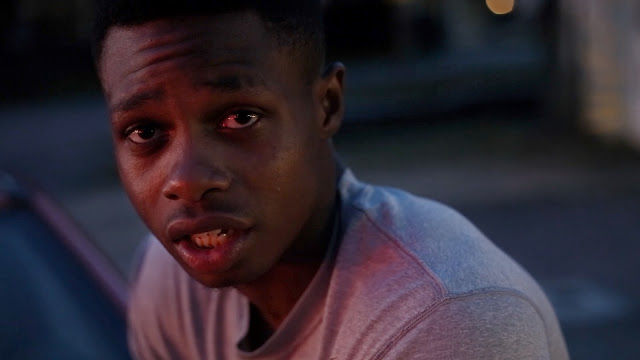 What does it mean to be an American? More specifically, what does it mean to be black in America? These are questions that artists have long grappled with in a wide array of mediums, searching for that unknowable, elusive answer to who we really are.In his debut film, RaMell Ross boldly grapples with those questions in the most unassuming way imaginable, by simply documenting life as he knows it. 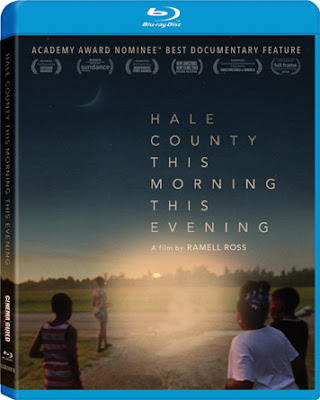 Hale County This Morning, This Evening is a narratively shapeless yet wholly purposeful evocation of time and place as seen through Ross' camera, capturing five years in the lives of his friends, Quincy and Daniel. In the course of a mere 76 minutes, Ross takes us on a journey through five years worth of pain and triumph, births and deaths, good times and bad, capturing an indelible snapshot of the impoverished, forgotten backwater of Hale County, Alabama, where its mostly black population still lives in the very shadows of the cotton fields once worked by their enslaved ancestors.

Ross lyrically traces not only the unique culture that has grown up in this area, he also examines the perceptions of African American life as seen through the lens of white America's depictions of them. The result is a film that recalls the raw power and verisimilitude of Charles Burnett's seminal classic of black cinema, Killer of Sheep, examining not only the results of a system that has kept this community impoverished, but the joys they have managed to find it spite of their situations. This isn't just a film about poverty, its not just a film about blackness and what that means in modern society. Hale County This Morning, This Evening is a unique and undefinable thing, a kind of Walt Whitman-esque exploration of America's roots that reverberates through time, space, and culture. Notice how Ross balances the seemingly random scenes of Quincy and Daniel's everyday lives, with moments of observational beauty, whether it's a deer trying to cross the street, an approaching storm, or a country road at sunset.

The film is, above all, a meditation. There's something attractively ragged about its structure, interspersing major life milestones with life's little details often overlooked in cinema - whether it's a child playing on the floor for minutes on end, or simply friends hanging out in a yard after dropping by unexpectedly. Hale County has the ebbs and flows of life as it is lived by those unseen, but underneath it all is the pulsing lifeblood of something much bigger. Even in its small, unassuming scale, in feels somehow monumental, profound in a way that can't quite be put into words (not surprising considering that Apichatpong Weerasethakul is credited as an artistic advisor). Even though Ross never directly answers the questions of what it means to be an American, or what it means to be black in America, it almost seems as if the answers are buried here somewhere amidst the poetic mundanity of existence in this dusty southern town, once the home of poor sharecroppers, now the home of a poor black population surrounded by a white power structure that doesn't seem to understand it.

Yet Hale County This Morning, This Evening isn't here to provide answers. It's here to offer a glimpse into something wholly beautiful and elusive, as if it somehow contains the spark of life itself. It's a singular work of avant-garde grandeur; a quiet work of ethnographic observation that feels cut from the fabric of time, proving an essential and utterly fascinating look at what it means to be black, to be American, and ultimately to be human.

The Blu-Ray disc is surprisingly light on extras, especially considering this is Cinema Guild's first Academy Award nominee, but it lovingly captures the film's scrappy beauty, and features an insightful essay by Patricia J. Williams.


HALE COUNTY THIS MORNING, THIS EVENING | Directed by RaMell Ross | Not Rated | Now available on Blu-Ray and DVD from Cinema Guild.