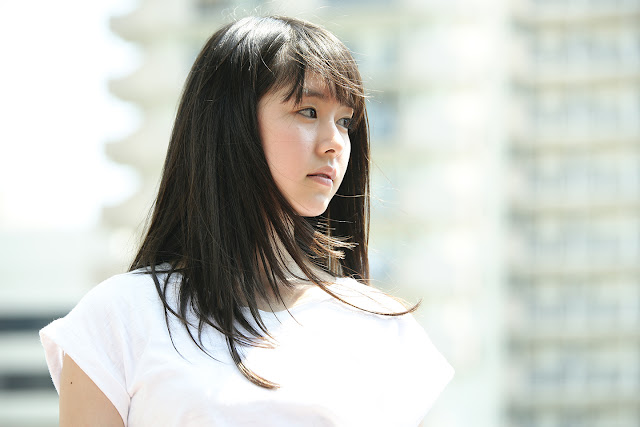 The idea of the "meet cute," in which two strangers have an awkward romantic meeting, is a trope almost as old as the movies themselves. Romantic comedies are so chock-full of them that their presence almost pulls the audience out of the film because the scenario is just too outlandish to be believed. 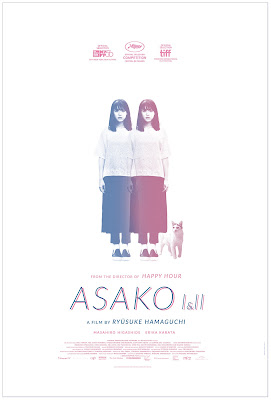 In his dazzling new romance, Asako I & II, Ryūsuke Hamaguchi (Happy Hour) takes those tropes and turns them on their head, subverting the very idea of the "meet cute" and investigating the root of love and why we develop feelings for each other in the first place. Its an ambitious subject, to be sure, but one handled with such understated grace that it transcends mere navel-gazing and emerges as something tremulous and haunting, a deeply felt treatise on romantic desire and the nature of love itself.

Asako (Erika Karata) is a college student who meets and falls in love with a mysterious drifter named Baku (Masahiro Higashide). Baku's friends warn Asako that he is notorious for disappearing without warning, but he promises that he will always come back to her. Then one day he leaves home, never to return. Years later, Asako meets a businessman named Ryohei (Higashide again) while working in Tokyo, and is instantly struck by his similarity to Baku. She is immediately drawn to him, and Ryohei is quickly taken with her odd sense of familiarity and strong attraction to him. Soon, Asako must confront the true reasons for her attraction to Ryohei, and when Baku re-enters her life, now a famous actor beloved by young women throughout Japan, it threatens to upend the life she thought she knew.

Despite the fact that both Baku and Ryohei are played by the same actor, there are no fantasy or science fiction elements present in Asako I & II  Instead, it is imbued with a kind of magical realism that forces the audience to question the characters' circumstances. Hamaguchi grounds his film firmly in reality, yet we can't quite help but wonder (much like Asako) if the man who calls himself Ryohei isn't actually Baku after all. That makes the film something of a romantic mystery, yet the biggest question at the heart of the film isn't about Ryohei's identity - it's about why Asako loves him. Does she really love him, or does she love him because he reminds her so much of Baku? Why are we drawn to someone in the first place - is it really them we love, or the idea of a lost love; a great what-if from the past that was never fulfilled.

There's no tidy answer here, although Hamaguchi does offer a glimmer of hope at the end. What's so remarkable about Asako I & II is how delicately it weaves its tale of romantic confusion. It's a masterfully crafted work of romantic introspection that probes deep without feeling ponderous; Hamaguchi's light touch asking difficult questions and arriving at something at once hopeful and haunting.