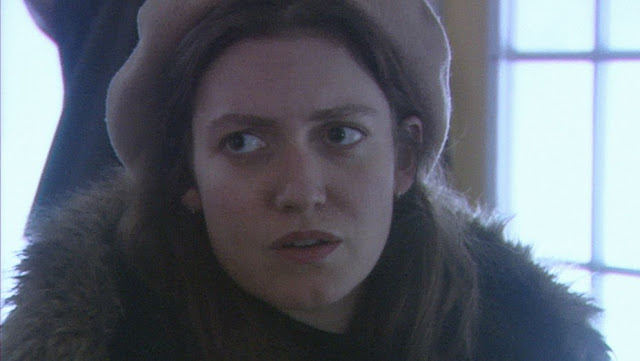 Routine car trouble becomes a life-long obsession for three film students  working on a project who get more than they bargained for when a benevolent stranger offers them assistance out of the blue. The encounter is marked by a poetic monologue by the helpful stranger (Michael "Clip" Payne) that seems to unlock the mysteries of life for novelist, Allison (Emily Davis). 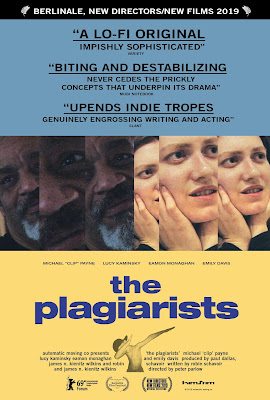 His words continue to haunt her until one day she discovers them in a book - the words that gave her such comfort, it turns out, were not the man's own, but rather a quote from a novelist. Allison feels shaken and betrayed, while her boyfriend, an obnoxious cinematographer with delusions of grandeur (Eamon Monaghan), seems mostly un-phased. The event sparks a kind of existential crisis for the couple, who begin questioning their own reality. What is real? Has their whole life been a lie? What can be trusted? A seemingly benign act of appropriation sends them spinning out of control, lost in a world where nothing is what it seems.

Then comes the hat trick - everything about The Plagiarists is borrowed from other works. Every line of dialogue belongs to another literary work. This revelation sends the audience reeling in such a way that we too begin questioning our own reality. Director Peter Parlow interrogates the very nature of modern reality in an era dominated by fake news and untrustworthy sources, undermining our own expectations and throwing a philosophical curve-ball that forces us to reevaluate everything we've just watched.

The rudimentary low-budget aesthetic of The Plagiarists is occasionally off-putting (it was filmed on vintage TV news cameras), the performances amateurish, often ringing false. But it's all part of Parlow's disarming parlor trick, sending up the tropes of DIY independent filmmaking while asking the question - is anything original anymore? Are our own thoughts compromised by the ideas of others? Where do our ideas end and others' begin? Parlow borrows from other sources in ways that seem so natural, and yet there's always something slightly off about the whole thing that we can never quite put our finger on. When we can no longer trust our own eyes and ears, what can we trust? Running a scant 76 minutes, The Plagiarists is a work of experimental beauty, asking big questions while slyly subverting audience expectations, leaving us just as bewildered, fascinated, and unnerved as its protagonists. It's a clever, boldly realized, and incisive debut for Parlow.