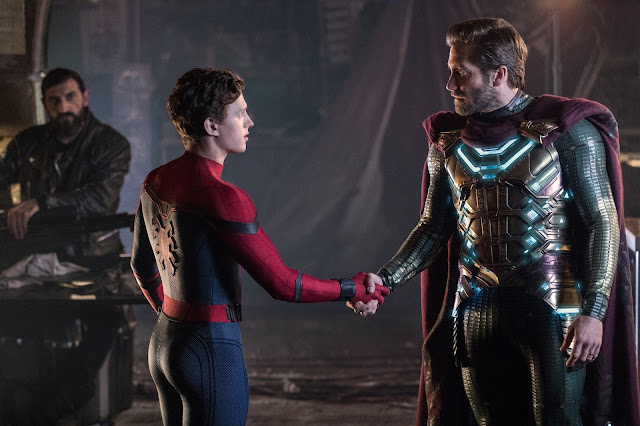 Marvel is wasting no time moving its Cinematic Universe ahead in the wake of its monster hit, Avengers: Endgame, which capped off a 22-film series before becoming the second highest grossing film of all time. 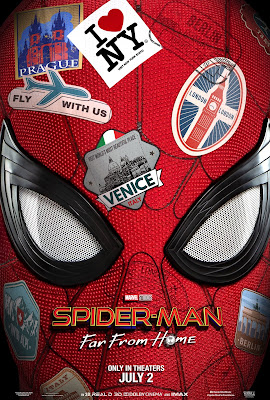 Now, barely two months later, Marvel is beginning the next phase of the MCU with Spider-Man: Far From Home  With the biggest threat of the first 22 films now defeated and behind them, the Avengers must now reckon with a changed world, and no one has borne the brunt harder than Peter Parker (Tom Holland). Parker is still mourning the loss of his mentor, Tony Stark (aka Iron Man), while the world around him struggles to get back to normal after the millions of people who had been wiped out by Thanos' infamous "snap" suddenly re-appear five years later.

Hoping to settle back into his life as a high-schooler, Parker looks forward to a school trip to Europe, where he plans a romantic rendezvous with MJ (Zendaya). His plans are put on hold, however, by the arrival of a new threat - a group of ancient titans known as the Elementals, and the only person who can stop them is a hero named Mysterio (Jake Gyllenhaal), who claims to be from another universe. Soon, a darker plot is uncovered, and Parker will be forced to choose between living an uneventful life as a normal teenager and stepping up and fulfilling his destiny by following in the footsteps of his hero, Tony Stark.

Far From Home manages to grapple with the aftermath of Endgame while still maintaining the light touch that distinguished Spider-Man's previous solo MCU outing in Homecoming (2017). It doesn't exactly chart a bold new course for the series as the beginning of the new phase, rather it serves as a kind of palate cleanser to bridge the gap between the Infinity Saga and whatever is to come. Yet it's also grappling with more interesting ideas than the average MCU film, pitting Spider-Man against a villain who can seemingly manipulate reality to the point that no one, not even the audience, can trust their own eyes because our very perception of the narrative is being carefully controlled. In our era of fake news and Russian troll farms that churn out falsified information for the gullible masses, how can the truth ever muscle its way through to the light of day?

The film doesn't answer these questions, setting up a potentially major plot thread moving forward in the next phase of the Marvel saga. But it is impressive how director Jon Watts manages to balance these weighty themes with the seemingly inconsequential (but extremely funny) day-to-day struggles of adolescence, as the teenage protagonists navigate romantic travails and the simple awkwardness of growing up. The Spider-Man films have become some of the most nimble and entertaining of the MCU films thus far, so it’s no wonder that Marvel seems to be placing their bets on the character as the new standard-bearer moving forward. Holland is a terrific Spider-Man, his youthful energy giving the character a sense of innocence he's never quite achieved in other iterations. He is matched moment for moment by Gyllenhaal, whose Mysterio is one of the MCU's most clever creations (even if his expository dialogue can come off as a bit stiff).

As the third MCU film to be released in 2019 (after Captain Marvel and Endgame), Far From Home had the unenviable task of following up the film that was essentially the series' first major denouement, but rather than try to outdo the epic Endgame it attempts to reset the series with more minor stakes, yet those stakes represent a potentially deeper existential threat than Thanos ever posed. Rather than wiping out half of all life in the universe, this villain seeks to wipe out truth itself. And in 2019, there's nothing more terrifying, or more relevant, than that.