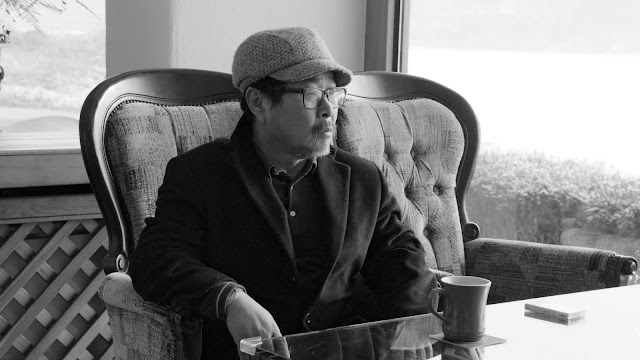 At last shaking off the burden of his infamous affair with actress Kim Min-hee, whose repercussions haunted his last three films - On the Beach at Night Alone (2017), Claire's Camera (2018), and The Day After (2018), Korean filmmaker Hong Sangsoo has returned to some of the pre-occupations that often informed his earlier work in his latest film, Hotel by the River. 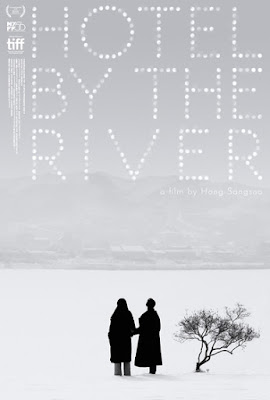 Filled with longing and regret, Hotel by the River is the story of a group of quintessential Hong protagonists, separated by emotional distance they are unable to bridge despite their best efforts. It recalls the snowy wistfulness of The Day He Arrives (2012), centering around five lonely people who converge on the eponymous hotel to find their own definition of peace and healing.

On one side we have an aging poet (Joo-Bong Ki) who has summed his two sons (Hae-hyo Kwon and Joon-Sang Yoo) to inform them that he believes he is dying. On the other side, a young woman (Kim Min-hee) who has been betrayed by the man she loves, and has retreated to the hotel with her friend (Seon-mi Song) to recover. Their stories are separate, yet inexorably intertwined, bound by their mutual quest for closure and redemption. And yet, like many Hong protagonists, they remain steadfastly apart, so close to a real connection and yet unable to reach out and make it.

That's the beauty and the inherent tragedy of Hotel by the River a film that is easily Hong's most overtly emotional in years. His characters are broken, lost in their own private reveries of art, loneliness, and fantasy. Hong often explores the inner lives of artists. The denizens of the hotel by the river are poets and filmmakers, those who express their feelings in tangible ways yet are unable to articulate them outside of those bounds. That's what makes them so fascinating - they're walking contradictions, bound by one mode of expression that they can never translate into real life. The poet has no evidence that he is dying, yet he feels it. His sons want closure after a lifetime with an emotionally distant father. The young woman searches for reasons for the betrayal of her former lover. The answers they seek never arrive, yet they all come tantalizingly close to a kind of peace.

On the surface, Hong's films often seem aimless and meandering. And while Hotel by the River is perhaps his most accessible film in recent memory, it still retains his trademark unassuming self-reflexivity, the characters seemingly trapped in a self-imposed purgatory for which they hold the keys to escape, yet never quite figure out how to use them. They may seem talky and disengaged, but that's how Hong gets at the basic truth of their experiences, eschewing the trappings of melodrama for a kind of languid naturalism. One always feels that Hong's films are an attempt by the filmmaker to exorcise his own demons, to explore his own feelings and shortcomings both as an artist and a human being, using his characters as avatars for his own insecurities.

There is a poignant sense of remorse that permeates the film that is both tangible and intoxicating, and one comes away with the feeling that we're all just snowflakes in a snowstorm, colliding with each other briefly as we're tossed in the wind, searching for somewhere to land. In Hong's haunted meditation, there is no pretense of having all the answers, and that's what makes it so special. He's out here trying to figure himself out just like everyone else. Like his very best films, Hotel by the River seems like a circuitous trifle on the surface, but within its modestly composed black and white frames lies a profoundly open-ended exploration of the very faults, foibles, dreams, and contradictions that make us human.