Unless you’re a professional Oscar watcher or a film critic, chances are the categories most likely to leave you scratching your head are the three short film categories – Best Live Action Short, Best Animated Short, and Best Documentary Short. Thankfully, these films are no longer as obscure and inaccessible as they once were and are now available in select theaters through Oscar night. Like always, this year’s nominees for Best Live Action short are a mixed bag, but often showcase fantastic up-and-coming talent at the start of fruitful careers. 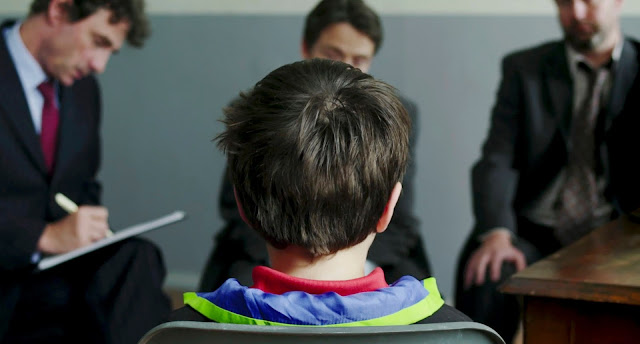 In 1993, toddler James Bulger was kidnapped, tortured, and murdered by two ten-year-old boys, Jon Venables and Robert Thompson. Vincent Lambe's short film, Detainment, takes the transcripts from the police interviews to piece together a harrowing reenactment of the boys' questioning and the events leading up to their crime.

There has been some controversy over the film due to Lambe's never having sought the permission of Bulger's family to make the film, but that doesn't negate the fact that the performances by the two young leads are some of the most stunning child acting ever captured on film. Ely Solan (Jon) brilliantly captures the desperation of a child caught doing something he knows he's wrong, wildly flailing for sympathy as he tries to cast blame on his partner in crime. Leon Hughes (Robert), on the other hand, channels a chilling detachment for all sense of basic morality. Each is manipulative and sociopathic in his own way, and the young actors are uniformly incredible. There is a discussion to be had about whether or not the film is exploiting a family's tragedy, but Lambe displays a powerful sense of mood as he navigates tricky thematic waters. One almost wishes he had more time to explore the "why" rather than just the "what," but Detainment's occasionally uneven balancing act between haunting and macabre will be a tough pill to swallow for many. 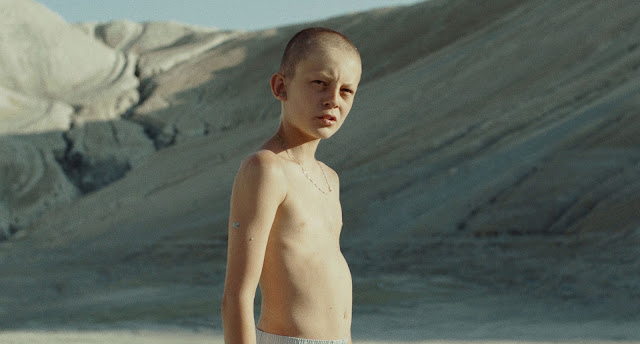 Two young boys head out to an old rock quarry, goading each other to increasingly dangerous feats of childhood daring. Their carefree reverie is suddenly shattered when the game becomes all-too-real, leaving one of them desperately seeking help in a lonely and desolate hellscape.

Filmmaker Jérémy Comte creates a powerful sense of isolation that adds to the film's tension, and the central performances by the two boys are full of young, unbridled adolescent swagger and machismo cut short by the crushing arrival of reality. But the finale is much too on-the-nose, undercutting the otherwise strongly realized portrait of innocence lost. 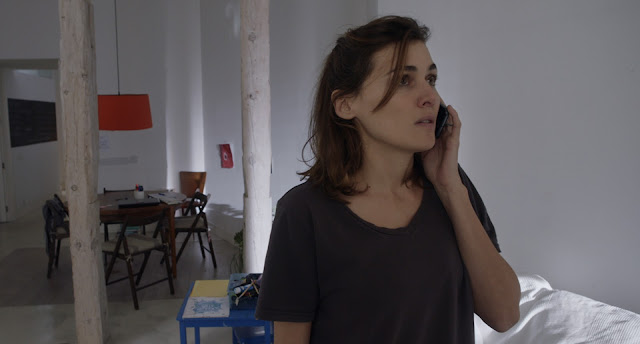 Perhaps my favorite of the 2019 nominees for Best Live Action Short, Rodrigo Sorogoyen's Madre, a harrowing, 18-minute exercise in gradually escalating suspense that frays the nerves without ever showing the event around which it centers.

A mother receives a phone call from her young son, who has been left alone by his father on a beach in another country. While she is on the phone, the boy informs her that a strange man is watching him. What follows is nearly 20 minutes of sheer terror as the mother tries to direct her son to safety from hundreds of miles away, completely helpless and only able to listen to her son's terror on the other end of the phone. Its end credit song choice is jarring considering what we've just witnessed, but Madre is an exceedingly effective genre exercise that proves that less is often much, much more. 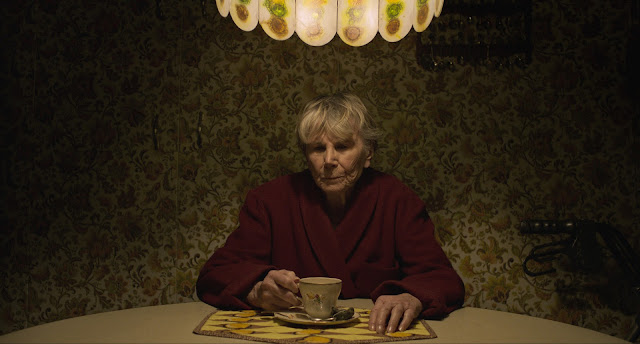 An elderly woman and her home care nurse form an unusual and beautiful friendship after the revelation that the nurse is a lesbian reawakens an old, unrequited love from the old woman's past.

Marguerite plays with the audience pre-conceived notions about age and attraction. When the nurse reveals that she was talking with a girlfriend on the phone rather than a boyfriend, we expect the old woman to react negatively. Instead, something wholly unexpected happens, revealing a lifetime of longing and regret born from being unable to be who she was always meant to be. It's a lovely and beguiling short - easily the most emotionally affecting of the Best Live Action Short nominees which makes it a likely winner. It handles its subject with great care and a deep sense of humanity, striking its notes with lyricism and grace. 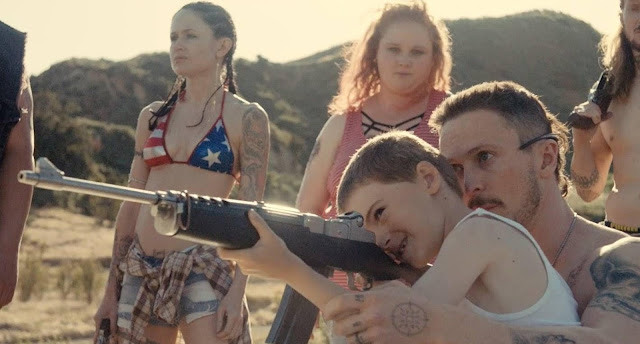 Easily the strangest of this year's Best Live Action Short nominees, Skin, which is already being developed into a feature film, attempts to examine cycles of prejudice imparted on the next generation through the lens of two warring gangs, one white, one black, whose escalating reprisals leave their children scarred. While its heart is in the right place, its strange exoticism surrounding the black gang members feels exploitative and even a bit animalistic.

By casting the white boy and his racist family at the center of the narrative, director Guy Nattiv inadvertently seems to be confirming their prejudices, especially when the most brutal act of revenge comes from the black gang against the white protagonists. It seems to revel in its lurid violence, becoming strangely fetishistic in a misguided attempt to illustrate the futility and pointlessness of racism. Instead, it engages in a bizarre "both sides" argument that ultimately doesn't hold water.