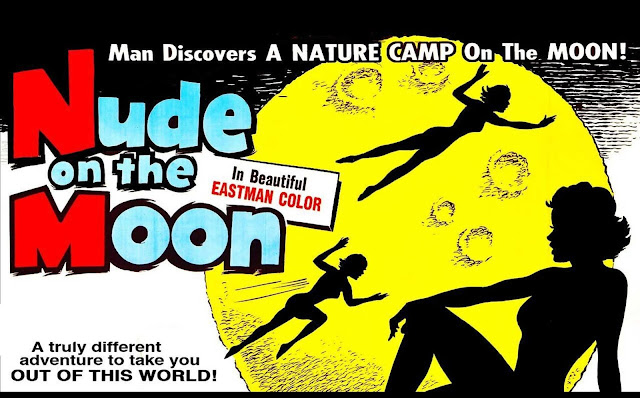 In the 1950s nudity was still banned in American films by the Production Code. Exploitation filmmakers, however, discovered a loophole - nudity was permissible if it was a non-sexual depiction of a nudist lifestyle. 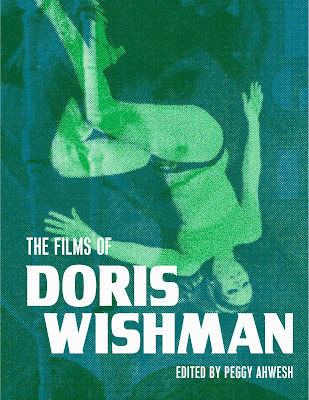 Nudist camp films had been around since the 1930s, when documentaries about nudists drew audiences of curiosity seekers, but in the late 50s these evolved into "nudie cuties," as Russ Meyer debuted The Immoral Mr. Teas in 1959, taking these films toward something akin to softcore pornography.

Enter Doris Wishman, a New York City filmmaker who took up directing after the death of her husband. After a 1957 New York court ruling allowed for the depiction of nudity on screen as long as it was in a nudist context, Wishman made Hideout in the Sun (1958). This was followed quickly by 1961's Nude on the Moon, a bizarre low-budget sci-fi film in which a crew of astronauts land on the moon only to discover a matriarchal race of nudists populating its sun-dappled landscape. Nude on the Moon was recently the subject of a Wishman retrospective at the Museum of Modern Art in New York City, featuring filmmaker Peggy Ahwesh, author of the 1995 zine, The Films of Doris Wishman. Now reprinted by the Light Industry for the first time in nearly 25 years, Ahwesh's loving tribute to Wishman's scrappy, do-it-yourself spirit.

In fact, there's something charmingly rough around the edges about Ahwesh's zine. Clearly a product of 1990s underground fan culture, it's a collection photocopied posters, typed out transcripts of interviews, and cut out images pasted into collages. The Films of Doris Wishman is a clear labor of love, beginning with a transcript of an extended video interview with Wishman in the Florida sex shop where she worked in Florida at the time. Wishman is a real character, gleefully selling dildos at 70 years old while reminiscing about the days making exploitation films and dealing with unscrupulous distributors. She makes no bones about the fact that she was in it for the money, but she was good at what she did, and she knows it.


There's an almost dreamlike quality to Nude on the Moon. Shot on a shoestring budget in Florida, the film imagines a tropical paradise on the moon populated by topless telepaths lead by a queen who is curious about the strange newcomers. Actress Marietta stars in a dual role as the Moon Queen and a mousy secretary who pines for brilliant scientist Jeff Huntley (Lester Brown), who it turn falls in love with the Moon Queen, only to realize he's been in love with his secretary all along.

What makes Wishman's films so fascinating is that on the surface they appear to be all about male wish fulfillment; two men make a spaceship, fly to the moon, and discover a bunch of naked women. But there's something else going on here, perhaps due to Wishman's female perspective in a genre usually dominated by the male gaze. The topless women in Nude on the Moon aren't ogled the way one might expect in a film of this nature. They simply...are. Their nudity is just a fact of life, neither sexualized now commented upon. In some ways, Wishman was to nudity in film what Herschell Gordon Lewis was to gore, an exploitation pioneer who knew how to turn a quick buck. One would be hard-pressed to call the films "good" - Wishman was clearly working quickly and on a limited budget with the goal of titillating audiences. But like the Agnés Varda of softcore porn, Doris Wishman is a charming and fascinating figure whose eccentric talent has been lovingly remembered in Ahwesh's engaging fan zine. Anyone even remotely interested in the history of exploitation cinema would do well to pick it up.