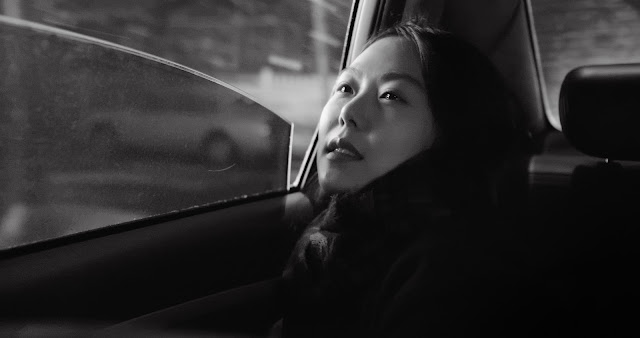 Hong Sangsoo's The Day After is the third film in what has become an unofficial trilogy dealing with the filmmaker's much publicized 2015 extramarital affair with actress Kim Min-hee, following On the Beach at Night Alone (2017) and Claire's Camera (2018). Of the three, The Day After stands out the most because it is something of a return to form for Hong, embracing the elliptical narratives and unconventional sense of time that have often distinguished his previous films, but also because it is less an apologia for his infidelity and more of an exploration of the collateral damage surrounding the affair. 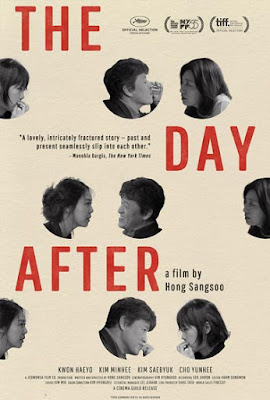 The Day After centers around Kim Bongwan (Kwon Hae-hyo), a publisher who has just ended a long-time affair with an employee. He hires a young woman named Song Areum (Kim Min-hee) to replace her, and on her first day she becomes the victim of mistaken identity as his wife at long last learns of the affair, and shows up at the office to confront the other woman.

Hong's use of fractured time creates an air of confusion that leads to Areum being mistaken for Bongwan's mistress, but it also allows the audience to observe the true ramifications of Areum's infidelity, as it not only affects the three people directly involved, but those around them as well. Of the three films, The Day After is the one in which Hong seems to take the most responsibility for his actions, and even though Bongwan serves as a sort of stand-in for Hong himself, his character isn't so much the focus of the film as it is the emotional fallout from his actions.

Hong continues to use Kim Min-hee herself in each of these films, and yet here, by casting her as the woman unfairly punished for another's actions, he seems to absolve her of her sins. Of the three films, On the Beach at Night Alone feels like the most personal and most accomplished, the work of two artists laying their souls bare, while Claire's Camera is the most carefree and self-effacing; but there's something deeply painful lurking beneath the surface of The Day After that is hard to shake. It is arguably the most damning of the three films, as if Hong is taking sole responsibility for his actions and acknowledging the ripple effect of the pain he caused. It is a film filled with sadness and regret - if On the Beach at Night Alone reflected on how everything went wrong, and Claire's Camera explored the absurdities of the public reaction, then The Day After finally lays all of Hong's cards on the table in a final mea culpa.

Hong's affair has proven to be creatively fertile ground for the filmmaker, but one can't help but hope that he leaves it behind after this. Three films, examining the event from multiples angles, has given the filmmaker a chance to exorcise his own demons and to explore the causes and effects of infidelity not just from his own perspective, but from Kim's as well, who has been a willing and able creative parter through it all. Seen as three parts of one whole, these films represent one of the most remarkable and personal works by any filmmaker in recent memory, taken individually, they are extraordinary reflections of their creator who is working through his own issues through his chosen creative medium, and the results are a kind of filmed therapy that offers a  unique window into the soul of an artist.