Sometimes there are movies you just don't care to spend that much time thinking about. Hence, the reason I don't feel the need to give full reviews to Yes Man or Bedtime Stories. But I do feel obligated to say a few words about them, just for the record. 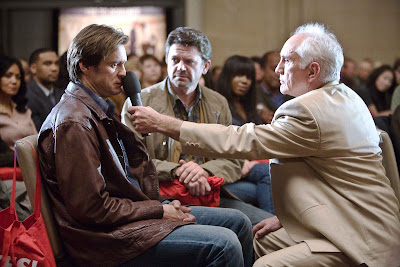 If you've seen any of Jim Carrey's output in the last 15 years, you have a basic idea of what to expect from Yes Man. It's a similar construct to his 1997 film, Liar, Liar, except this time nothing supernatural is involved. Carl Allen is just a regular, negative guy who joins a self-help program in which he agrees to say yes to everything in order to live life to the fullest. Of course, this leads to all kinds of awkward situations and misunderstandings, which the films milks to the fullest extent. But it's mostly a one joke comedy, and it's a very thin one. When spread out over the full running time it's almost non-existent.

Yes Man is neither funny or entertaining. It is bland and awkwardly structured, trying way too hard to be funny and very rarely succeeding. 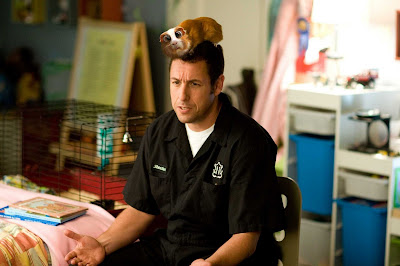 Bedtime Stories, on the other hand, is a different matter. I went in expecting it to be terrible, and found t surprisingly charming. Maybe it was due to my low expectations, but it's not nearly as bad as its reputation suggests. That doesn't mean it's great, or for that matter particularly good, but it's heart is in the right place and that goes a long way.

Adam Sandler does his usual shtick as an overgrown man-child named Skeeter Bronson, a janitor at a hotel whose father ran the original business before it was bought out by a huge corporation. However, his chance to finally run the place comes around when he discovers that the bedtime stories he is telling his young niece and nephew are actually coming true.

It's actually a rather creative concept, and all the actors involved seem to be having a blast. It's biggest downfall is that it's baldly manipulative, pouring on the sugar and overwrought thematic statements that would have been best left to subtlety. Then again, this is a kids movie, and it wears that designation proudly, with Hairspray director Adam Shankman pouring on the silliness like a kid pours sprinkles on his ice cream. There's nothing new or groundbreaking here, but if you're 9, spending two hours in the company of the magic of bedtime stories isn't a bad way to go.

Matt Kilgore said…
im disappointed that he has to say yes from some obscure magical curse!... and damnit, why didnt "punch drunk" or "eternal sunshine" put some life in these fellas.
7:58 PM

Matthew Lucas said…
There's no curse or anything supernatural involved. It's a self-help program.
8:17 PM

Daniel said…
Yep, you nailed everything in both of these, especially Bedtime Stories.
11:52 AM