The Best of the Rest

OK, so I thought that my top ten list would be the last part of my 2008 retrospective. But it's not. 2008 may not have been the best year for movies, but it's certainly not the worst. And there were quite a few films that didn't make my top ten/honorable mention cut that deserve to be noticed. There were other very good films this year, some even better than these. Yet for some reason these stick out in my mind as special to me somehow, and deserving of an extra mention, and for the most part, have been criminally overlooked. Even by myself.

And now, I plan to rectify that. Here are some 2008 films I loved, in random order, that I haven't given enough attention to this year:

THE YEAR MY PARENTS WENT ON VACATION
(Cao Hamburger, Brazil) 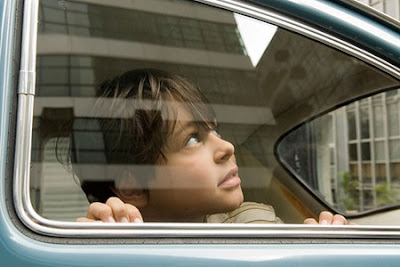 It's got a bit of a Cinema Paradiso vibe to it, but that's why I love it. Cao Hamburger's tale of a young boy left behind by his parents to go on a spy mission, and his subsequent coming of age over the course of one summer, is hardly a new concept, but it's so beautifully done that it's impossible not to fall in love with. 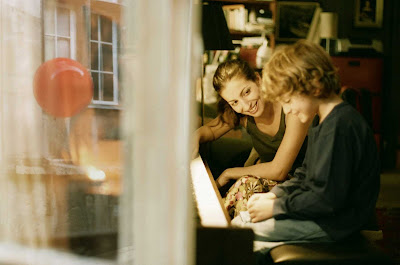 Hao Hsiao Hsien's loving ode to France, and to Albert Lamorisse' classic short film, The Red Balloon is a wholly magical film completely grounded in reality. It is a charming evocation of childhood and a child's fantasies that never veers into the fantastical. It simply shows it as it is, with only hints of the extraordinary. Slow, deliberate, and almost airily meandering, it demands our attention, but the results are hugely rewarding. 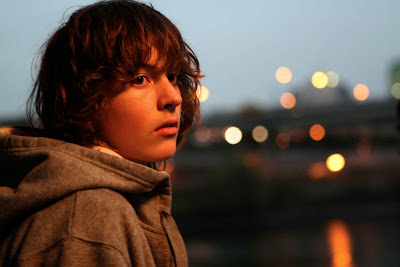 While Milk got all the attention, Gus Van Sant's other 2008 film was far more adventurous. A dreamy, haunting evocation of teenage loneliness and angst, Paranoid Park almost takes on the quality of some kind of dream turned nightmare. Either way, it sticks with you. The film was named as the #1 film of 2008 by Fataculture's Nick Plowman. 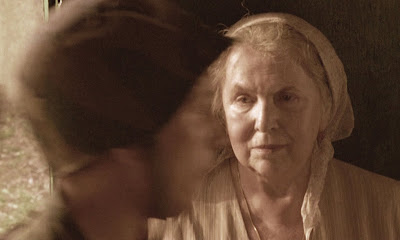 The fact that this one is so overlooked really pains me, because it really is a fine film. It is a deceptively simple tale of an elderly woman visiting her soldier grandson on a military base, and becoming a kind of surrogate grandmother to them all. But the real power comes when she ventures off the base into the occupied territory, where she bridges a gap between warring people in a deeply personal way. Simply beautiful.

WHEN DID YOU LAST SEE YOUR FATHER?
(Anand Tucker, UK) 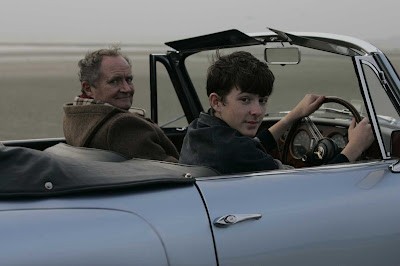 A must for anyone who loves their father, especially if that relationship is in anyway complicated. This is a deeply moving tale of forgiveness, atonement, and love between a father and a son that really strikes a nerve. Watch it with your dad. 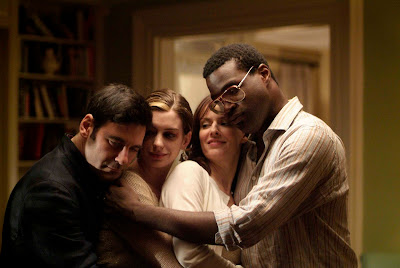 On the surface, it kind of looks like a typical, touchy feely, family reunion drama. It's anything but. It's emotionally raw, awkward, and often downright painful. But in order to achieve catharsis you have to crawl through the ugliness of a family's buried pain, as their self-centered daughter gets out of rehab to attend her sister's wedding. Jenny Lumet's screenplay is extraordinary, as is Anne Hathaway's performance. 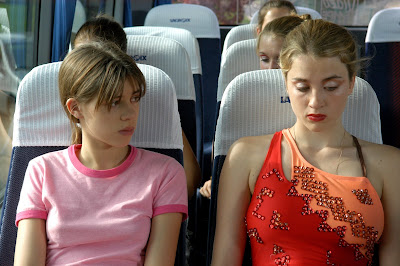 Teenage sexual awakening is often overdone in movies, but never has it felt quite so real than in Water Lilies, the tale of three young girls discovering their sexuality. One, an overweight swimmer dreaming of the most popular boy in school, another a vivacious boy magnet, and the other a shy, awkward loner who falls under her spell as she explores her budding lesbianism. Sciamma avoids clichés in one of the most astonishingly real evocations of teenage feelings in years.

THEN SHE FOUND ME
(Helen Hunt, USA) 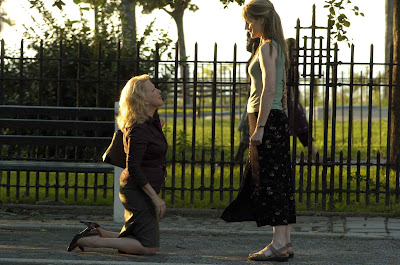 I loved this movie. And it seems no one else did. Their loss. Helen Hunt's directorial debut may be goofy in spots, but it's a blast - a romantic comedy with a brain and a heart that never panders to the audience. For once, the relationship feels real.

I SERVED THE KING OF ENGLAND
(Jirí Menzel, Czech Republic) 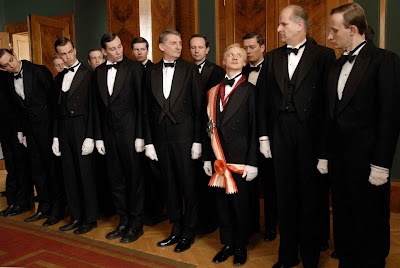 Ivan Barnev is a delight as Jan Díte, an eccentric young waiter whose Chaplin-like antics take him through pre-WWII Czechoslovakia, to the German invasion, to a relationship with a beautiful Nazi, and eventually into a Soviet prison. It is a bittersweet tale, but told with a light touch that never feels exploitative. Told mostly in flashback, it is a warm hearted, drolly funny, and ultimately moving look back at an extraordinary life.
Email Post

Anonymous said…
I must, must(!) see The Year My Parensts Went on Vacation, Alexandra and Then She Found Me, I have wanted to for ages but still haven't had the chance sadly.

I love your inclusions of PP (obviously, lol), Rachel Getting Married, Water Lilies, and Flight of the Red Balloon - I find all of those extraordinary myself.

While I didn't like When Did You Last See Your Father? as much as you, probably because I don't love my father.
4:52 AM

Anonymous said…
The Brazilian film that leads this fine round-up is indeed an unheralded film that I well-remember from the early part of the year that resonated. Of course your acknowledgement of ALEXANDRE, WHEN WAS THE LAST TIME YOU SAW YOUR FATHER (I actually left this out off my honorable mention list, accidentally last night and will add it now) and of course PARANOID PARK among others here is well-deserved.
Similarly, RACHEL GETTING MARRIED is a given. One day I will get to the root of my extreme minority opinion on FLIGHT, as i remain awed and intimidated by the superlative reaction of yourself and so many others.
10:24 AM

FLIGHT OF THE RED BALLOON!

Matthew Lucas said…
I thought you had seen "The Year My Parents Went on Vacation" for some reason Nick. Get on it! :-P
6:51 PM