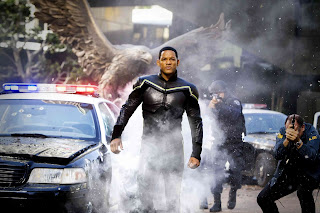 At only 80 minutes long, "Hancock" feels more like an undeveloped concept than a fully fleshed-out film. The first half of the film or so is great fun, with Smith hugely likable as always as the ornery Hancock. But somewhere around the halfway point, the film begins to take itself too seriously and introduces a third-act twist that nearly derails the entire movie 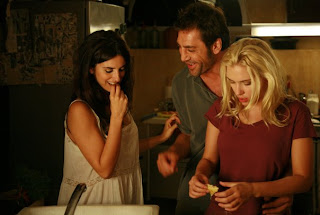 Allen finds beauty in their attempts at happiness, however, set amidst the sunny backdrop of Spain. Shot in lovely, warm tones by Javier Aguirresarobe, "Vicky Cristina Barcelona" is a smooth, sexy valentine to Spain and all its rich beauty. There is a laid-back charm to it all, thanks in part to its attractive cast, that feels a bit like comfort food that's high in taste but low in nutritional value. It's a solidly crafted film, but it never fully explores the intricacies of the relationships it sets up.