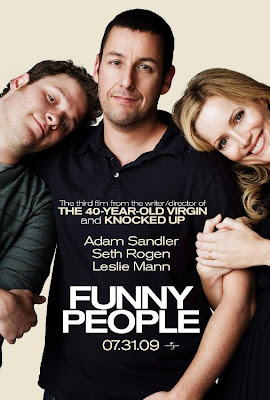 You can enter the contest by visiting the film's MySpace page.

The film is set to be released on July 31, 2009. I've loved Apatow's last two directorial efforts, The 40-Year-Old Virgin and Knocked Up, and I hope that Funny People lives up to their standard. The presence of Adam Sandler gives me pause, as I've never really been a fan of his films, but in Apatow's capable hands, this may work.