15 Docs to Compete for Oscar Nominations 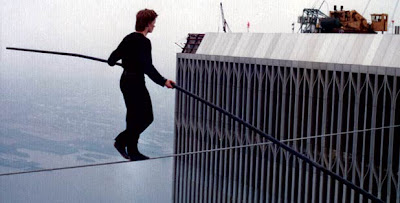 The Academy released the list of 15 documentary features today that will be vying for the coveted five nominations for the Best Documentary Feature Oscar. They are:
Right now I think Man on Wire (review) is a lock (but then again I'm partial), with standard bearer Errol Morris' Standard Operation Procedure, Werner Herzog's Encounters at the End of the World, and Trouble the Water (review), in serious contention.

However, since the nominating committee must see all 15 films, any could be a threat, from the more high profile films like I.O.U.S.A. to the more obscure ones like The Betrayal (Nerakhoon).

My only regrets are not seeing Patti Smith: Dream of Life (review) shortlisted...it's still one of my very favorite films of the year, as well as the deeply affecting Up the Yangtze (review).

As always this will be an interesting race to watch.

Anonymous said…
I now believe that DEAR ZACHARY is the year's best doc., edging out MAN ON WIRE and UP THE YANGTZE. But of course it is not eligible.
9:04 PM

Matthew Lucas said…
How could I forget UP THE YANGTZE!? Thanks for pointing out my oversight.

Haven't seen DEAR ZACHARY yet, but I'm definitely looking forward to it.
9:08 PM

Anonymous said…
I will totally have to write about this when I get home after my exam...

Dead Pan said…
What about Bigger, Stronger , Faster? That's one of the years best reviewed films, and truly eye opening.
10:33 AM