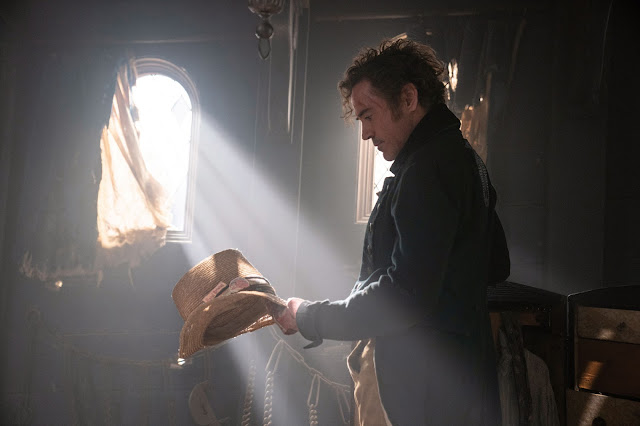 There have been several attempts to bring Hugh Lofting's series of novels about Dr. Dolittle, the veterinarian who can speak to animals, to the big screen over the years. The first, starring Rex Harrison in the title role, was released in 1967 and considered a massive critical and popular failure, despite somehow garnering nine Academy Award nominations, including Best Picture (a haul often blamed on 20th Century Fox's aggressive campaigning that year). Plagued by behind-the-scenes drama and a troubled production, the film lost the studio millions and all but ended Harrison's career as a leading man. 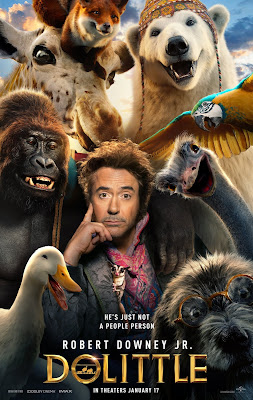 It wasn't until 1998 that Fox tried again, this time with Eddie Murphy as Dr. Dolittle in a film that was a modest box office success and spawned a 2001 sequel, along with a raft of direct-to-DVD spinoffs that did not star Murphy. Flash forward to 2020 and we have another big budget Hollywood adaptation of Loftin's novels in Dolittle, a movie that was by all accounts very expensive, and just like its 1967 predecessor, plagued by behind-the-scenes in-fighting and crippled by extensive reshoots. Directed by Stephen Gaghan (Syriana), Dolittle finds the eponymous doctor (Robert Downey, Jr.) mourning the death of his beloved wife in a secluded nature preserve, where a sensitive young lad named Stubbins (Harry Collett) stumbles upon him to ask his help reviving an injured squirrel. At the same time, Lady Rose (Carmel Laniado) a young envoy of Queen Victoria (Jessie Buckley) arrives to summon Dolittle to London to help save the ailing queen, whose patronage keeps Dolittle's preserve open.

Dolittle reluctantly agrees, only to discover that the Queen has in fact been poisoned, and that in order to save her he must embark on a dangerous quest to find the antidote on a mythical island hidden somewhere in the Atlantic. Accompanied by a motley crew of animal friends and his newfound animal compatriots, Dolittle will not only try to save the queen of England, but confront is own past and heal old wounds on which he had long since given up.

There was clearly a lot of money poured into the production, with lavish set design and elaborate period costumes, not to mention an all-star voice cast that includes the likes of Emma Thompson, Rami Malek, John Cena, Kumail Nanjiani, Octavia Spencer, Tom Holland, Craig Robinson, Ralph Fiennes, Selena Gomez, and Marion Cotillard, but it never really adds up to much. Despite the large budget, or perhaps because of it, Dolittle consistently lacks imagination, never taking any chances or exploring any new territory that other movies haven't covered before. Everything about it feels bland and conservative, a made-by-committee Hollywood product that's about as generic and flavorless as movies get.

Reports of behind-the-scenes unrest aside, the film underwent extensive reshoots in April of last year under the direction of Jonathan Liebesman (Teenage Mutant Ninja Turtles), reportedly because Universal was dissatisfied with Gaghan's more serious take on the material and wanted a more comedic tone. And while some of the animal antics are mildly amusing and will no doubt delight its target audience of young children, the whole affair seems completely devoid or magic and wit, focus-grouped into oblivion as if it were directed by a computer based on algorithms rather than anything resembling human feeling. Downey Jr., usually a reliable comic presence, seems completely lost, his performance hampered by a bizarre Scottish accent that leaves the film bereft of personality. We've seen dozens of films like this before, and there's really nothing particularly special about Dolittle to set it apart from the pack. Even Danny Elfman's score sounds like someone doing a Danny Elfman impersonation.

It's not a monumental disaster, but rarely do you see so much money and so much talent go into making something so resoundingly banal, completely stripped of the charm or wonder that its source material demands. It's inoffensive in the way such studio-produced epics often are, but it begs the question of how so many talented people could collaborate on a completely anonymous, cookie-cutter film that does so little.